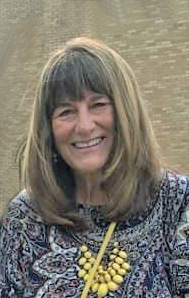 Mass of Christian Burial will be held on Monday, January 3, 2022, at St. John’s Catholic Church in Ortonville. Visitation will be held on Sunday, January 2, 2022, from 5:00 p.m. to 7:00 p.m. at Mundwiler and Larson Funeral Home in Ortonville and will continue one hour prior to the service at the church on Monday. Fr. Brian Oestreich will celebrate the Mass and burial will immediately follow at Mound Cemetery.

The Mass will be livestreamed and recorded and will be available at the bottom of this page.

Judeen Loretta (Hausauer) Fuller was born on June 3, 1953, in Ortonville, MN, to Raymond "Riley" and Loretta (Baumann) Hausauer. Judy grew up in Ortonville and graduated from Ortonville High School with the Class of 1971. After high school, she attended St. Cloud Business College, where she completed a 24-month court reporting course in 15 months. She moved to Sioux City, IA, and began work for a freelance court reporting company and went on to work for the Third Judicial District of Iowa as an Official Court Reporter under Judge Geo Davis and later, Judge Charles Wolle.

Judy married her high school sweetheart, Mark, in 1973, in Ortonville. They were happily married for 48 years. In 1980, wanting to return to Minnesota and raise their family in a small town, Mark and Judy returned to Ortonville. She became employed as a legal assistant and worked in several local law offices. She especially enjoyed her work as secretary to the county attorney, working with law enforcement, and with city and county officials.

Judy was a member of St. John’s Catholic Church, where she was baptized, confirmed, and married. She served on the Parish Council for several years and was the church organist for over 35 years.

Judy had a great love of music, especially classical, and enjoyed playing saxophone in the Swing Time Band, Swift County Concert Band, and in the pit band for the school musicals. She was also a piano accompanist for high school students for their solo competitions, and played organ and piano for many weddings, funerals, and community events.

Judy was active in Big Stone County Cancer Support Group and served as a board member and secretary for the Chautauqua Concert Association. She was extremely proud of her children and loved attending their musical and sporting events throughout the years. She was able to do the same with her beloved grandchildren.

Judy was an avid fan of the Minnesota Twins and Ortonville Rox baseball, as well as following Ortonville Trojan sports. Not one to be slowed down as she aged, since her retirement in July of 2017, she took up pickleball, water aerobics, kayaking, snowshoeing, golf, camping, and became a certified Tai Ji Quan instructor. Some of her best moments were the times spent with her husband, children, and grandchildren relaxing at a lake cabin.

Judy was preceded in death by her parents, Raymond and Loretta Hausauer, and brothers: Bill Hausauer and Jim Hausauer.