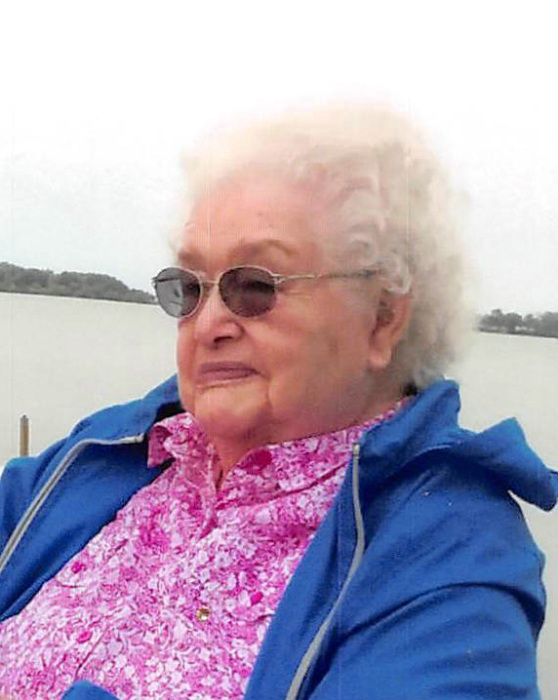 Joyce Elaine (Coates) Kutzler was born on July 24, 1927, in Breckenridge, MN, to Elroy and Mildred (Palmerton) Coates. She grew up in the Mahnomen, MN, area and attended country school through 8th grade.

At a young age, she met her future husband, Rolland. He and his father came to visit her stepdad, George Ball to buy some horses. So began a lifetime romance.

During the prewar years, Rolland moved to Tacoma, WA, to work in the shipyards. At the age of 13, Joyce took the train by herself to Tacoma. She was welcomed into the home of her great aunt and uncle: Malcom and Amelia McPhail. She fibbed about her age so she could find work. She worked in a match and furniture factory but her favorite job was being an elevator operator in a bank and office building.

During this time, Rolland joined the United States Navy. On July 24, 1943, (Joyce's 16th birthday), they were married at the McPhail home and she became a very young war bride.

After the war, they came back to Minnesota and decided to farm. Their belated wedding present from Rolland's parents was a good saddle horse and Joyce's mother and stepdad gifted her with a milk cow and a pig. So, it all began!

They moved to the Clinton area and started out on the Cronen farm. Their eldest daughter, Donna was born there in 1947. In March of 1948, the family moved to the Laveen farm southeast of Graceville. Daughter, Karen joined them in 1948, Bunny in 1951, Margie in 1953, and Sandy in 1958. In 1975, they built a new home on what was referred to as the McClain place south of Johnson, MN. Rolland passed away there November 7, 2007. They had been married over 64 years. Joyce remained there until the time of her passing.

Joyce was an accomplished farm woman. She raised large gardens, canned what she grew, sewed for her girls, and enjoyed crochet and embroidery. In her spare time, she worked alongside Rolland in the fields. She especially liked to combine. She could feed livestock and pull slugs out of the combine as easily as Rolland could mop the kitchen floor or put her curlers in her hair. They were truly devoted to each other.

Joyce enjoyed her grandkids and looked forward to their visits every summer. Her favorite thing to do was to pack a picnic and head to the lake. There was always a bonfire, a wiener roast, fireworks, and a fishing expedition, several mishaps but always a good time.

Joyce was fearless and afraid of nothing. At the age 87, she was the first person to receive a cochlear implant in a new program at Fargo, ND. She struggled with hearing loss for years and it was a blessing for her to be able to visit with her family and friends again.