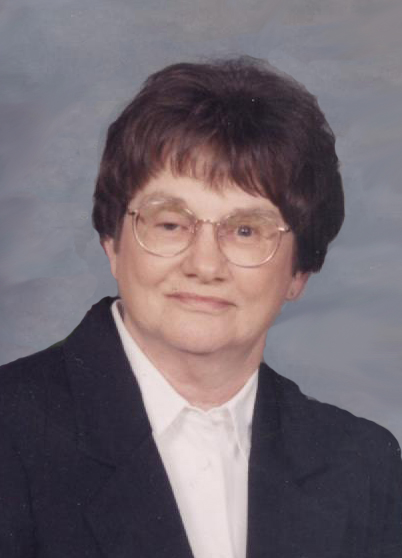 Mass of Christian Burial will be held on Monday, January 15 at 11:00 a.m. at Holy Rosary Catholic Church in Graceville.  Father Brian Oestreich will celebrate the Mass and con-celebrants will be: Father Stan Wieser and Father David Breu.  Burial will be in St. Peter’s Cemetery, Dumont.  Visitation will be held at the church on Sunday beginning at 5 p.m. followed by a prayer vigil at 7 p.m.  Visitation will continue at the church on Monday, one hour prior to the Mass.

Joyce Joann (Klein) Doll was born on July 7, 1941, in Graceville, MN.  She was the daughter of Joseph and Ethel (Haanen) Klein.  She was baptized and confirmed in the Catholic faith at St. Mary’s Catholic Church in Beardsley, MN.  Joyce attended school in Beardsley and graduated with the Class of 1959.  She was united in marriage with LeRoy “Butch” Doll on July 7, 1959, in Beardsley.

Joyce was a devoted wife and loving mother.  Their marriage was blessed with five children: Kim, DeeAnn, David, Daniel, and Bill.  Joyce worked as a housekeeper at the Wheaton Nursing Home and Grace Home.  She also was an assembly line worker for Power Century.

Joyce always enjoyed a visit to the casino and loved to play Bingo weekly.  She was a wonderful cook and loved to bake.  She was an avid reader, enjoyed flower gardening, and playing cards.  Most important to Joyce was her family, especially her grandchildren and great-grandchildren.  She adored them and was extremely proud of each one.

She was preceded in death by her parents: Joseph and Ethel; son-in-law, Chuck Murphy; two grandsons: Shawn Murphy and Colby Simonson; and four brothers: Jerry, Patrick, Robert, and Joseph.