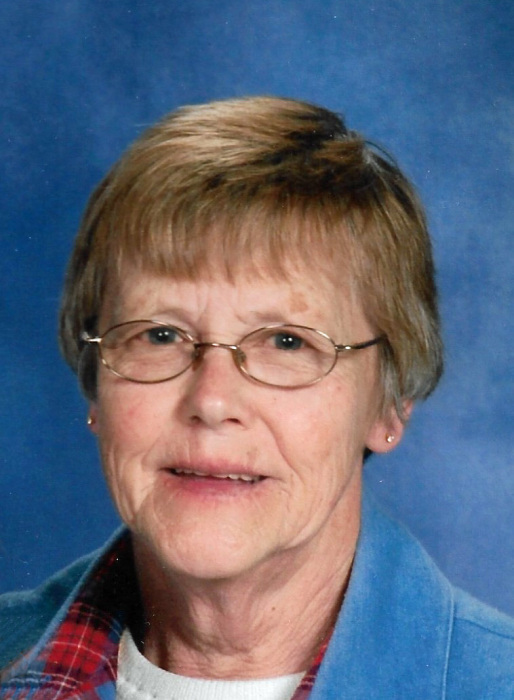 Josephine Kipp, age 81, of Graceville, MN, passed away after a courageous battle with cancer on Wednesday, October 27, 2021.

A Memorial Mass for Josephine and Roger will be held on Monday, November 8, 2021, at 11:00 a.m. at Holy Rosary Catholic Church in Graceville, MN. Visitation will be held one hour prior to the Mass at church on Monday.

The service will be livestreamed and recorded and will be available at the bottom Roger's obituary page.

Josephine Agnes (Ritter) Kipp was born on April 9, 1940, in Chokio, MN, to Mathias Herbert and Agnes Irene (Pahl) Ritter. She grew up in the Chokio area and graduated from Morris High School with the Class of 1958.

Jo was kindhearted and a hard worker, she was always willing to help wherever and whenever she could. Being a gifted cook and baker, she enjoyed working in different restaurants and cafes in the Graceville area over the years including, The Red Lantern and the CC Café. Jo also cleaned at various businesses in town throughout her life. Jo met her future husband Roger while working at her aunt’s restaurant in Graceville. Jo and Roger were united in marriage on May 9, 1959. They made their home in Graceville and raised their six children: Dean, Deborah, Dennis, Douglas, Dominic, and Daryl.

Jo enjoyed watching softball at the park in the summer when Roger was umping the games and was always happy to help make the food for D.O.’s softball tournaments. Jo liked to watch sports and went to many high school sporting events with Roger. She loved to go fishing in the summer and always looked forward to Kevin and Gail’s annual fishing tournament. Jo was a faithful member of Holy Rosary Catholic Church in Graceville.

Hunting was a big part of the Kipp family and Jo enjoyed when family and friends gathered at the house for hunting. She was always happy to feed hungry hunters and have some goodies baked for them. Jo loved spending time with her family and would travel to as many of the grandchildren’s activities as she could. She will be greatly missed by her family and friends.

Preceding her in death are her husband of 62 years, Roger (only a week before her); daughter, Deborah Jean Kipp; her parents; stepfather, Orville Plath; brothers: Paul (Patricia) Ritter and Mathias Ritter, Jr.; sister, Marie Anderson; and brother-in-law, Cletus Schefers.