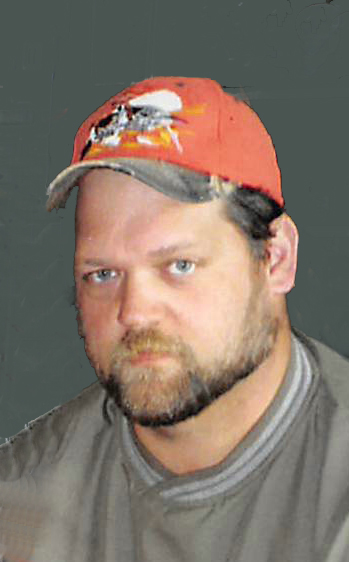 To protect the health and safety of all, services are currently being limited to 10 as required by state and local authorities and the CDC. Expressions of sympathy during this time can be left on the condolences page available with the obituary on our website.

Visitation will be held from 2:00 p.m. to 7:00 p.m. on Wednesday, April 15, 2020, at Mundwiler and Larson Funeral Home in Ortonville. Memorial services and inurnment will be held at a later date.

Jonathan Charles Bartz was born on March 9, 1967, in Hutchinson, MN, to Charles and Verda (Kleespie) Bartz. His family moved to Ortonville, MN, in 1975 where he grew up and attended James Knoll Elementary and Ortonville High School. Jonathan was baptized and confirmed in the Lutheran faith. He graduated in 1985 and attended St. Cloud Vo-Tech before returning home to Ortonville. Jon, (“Jonner” to family and friends) worked for Dallas Hansen Construction, D&K Tire, Swift County Cooperative, Appleton Oil, Big Stone Cooperative, and The Shop in Clinton, before joining Burlington Northern Railroad stationed out of Milbank, SD. Jon worked for the railroad for 12 years and retired in 2018 upon his cancer diagnosis. He fought so hard to stay with his many loved ones. He will be remembered as the big, honest, caring, kindhearted teddy bear with a hug that could melt away any worry in the world. His presence was apparent when he entered a room, and his protective nature was an immediate given.

Jon loved the outdoors and spent much of his free time in the fields, in the woods, and on the water hunting and fishing. He loved his time with his dad. Many stories will and have been told and many will be locked away in Heaven tightly forever. Some special memories include family trips to Holo Lake with cousins which Jon, Robin, Pam, and Dean, were recently reminiscing about after Jon’s diagnosis. He enjoyed trips with the Hutch crew to Canada to Moose hunt, elk hunting out by The Four Corners, and telling stories about the time he caught his 24 pound Northern from Lake Marmion, Ontario. He had many hunting partners, friends, and family. He even took time to teach those friends’ children about his love for the outdoors. He was a strong supporter of outdoor sports and advocate for teaching youth about gun safety. Jon was a board member of Ducks Unlimited, Pheasants Forever, Delta Waterfowl, and was a member of the Moose Lodge in Ortonville.

Jonner met and fell in love with Robin Engel in 2013. Robin joined Jon’s family while his dad started his battle with cancer and has been Jonner’s steadfast companion, friend, and true love. They were united in marriage on April 8, 2018, during a crazy, spring blizzard. They made their home on the lake outside of Ortonville and vacationed last summer in Alaska, which was a dream of Jonner’s for many years. He had hoped to possibly visit or move there someday.

Jonathan was preceded in death by both his maternal and paternal grandparents; father, Chuck Bartz; uncle Billy Kleespie; step-son, Jacob Riley; and many beloved dogs, most recently, Blu, who crossed the rainbow bridge just a short time before Jonner.

So many loved ones up in Heaven to greet him…we love you, Jonner, and we will keep Robin and Mom safe for you here…until we meet again, fish and hunt to your big, beautiful, and strong heart’s content.

Memorials in Jon’s memory may be sent to: Big Stone and Grant County Cancer Societies, Delta Waterfowl, or Pheasants Forever.