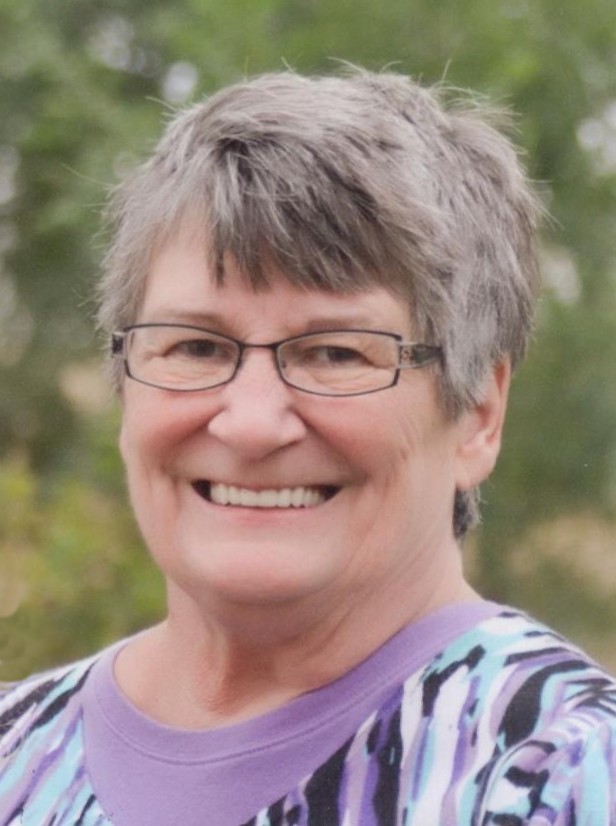 Jolaine Ellyn Weros, 68, of Ortonville, Minnesota entered eternal life in the early morning of December 27, 2015, after losing her second battle with cancer.

Funeral services will be held on Monday, January 4, 2016, beginning at 2 p.m. at Zion Lutheran Church in Ortonville.

Visitation will be held at Mundwiler and Larson Funeral Home on Sunday, January 3, from 3 – 5 p.m. with a prayer service at 4:30 p.m. Visitation will continue Monday at the church, one hour prior to the service.

Rev. Don Berheim will officiate. The organist will be Tonya Barnhardt and special music will be provided by Krishana Dempcy, Abigail Weros, and Rachel Weros. Casket bearers will be her son, Terry Neuberger, and her siblings: Judy Theis, Jamie Schumacher, Jon Schumacher, Jana Schumacher, Jackie Dull, and Jorene Lebreck.

Jolaine Ellyn Weros was born in Aberdeen, South Dakota on August 2, 1947, to parents Albert and Elizabeth Schumacher. She was the first born of nine children. After high school, Jolaine married Ronald Neuberger and they had two children, Traci and Terry. They lived in Sioux Falls before moving to the Minneapolis area in 1976. Jolaine and Ronald divorced in 1979.

Jolaine married Clyde Weros in 1987, and lived in Crystal, Minnesota until 1999, at which time they moved to Ortonville, Minnesota to enjoy their retirement. She worked for and retired from Aetna Insurance in Minneapolis. While living in the Minneapolis area, she and Clyde were involved with the Golden Valley VFW Post #7051. She was active in multiple bowling and dart leagues, was a regular bingo player, enjoyed planting flowers every spring, and playing Farmville on the computer. While in Ortonville, she and Clyde were very involved with the local Moose Lodge #407. She was an active member of The Women of The Moose chapter #1895, participating in all the functions that she could, including serving as Recorder, Mooseheart Chairman, Health Awareness Chairman, Senior Regent, Junior Graduate Regent, and Chaplain. Jolaine received her Academy of Friendship Degree in 2010, her College of Regents Degree in 2012, and became a member of the Moose 25 Club in 2013, having sponsored 39 members into the Moose and Women of the Moose. She will be deeply missed by her Moose sisters.

Jolaine and Clyde would travel to Washington to visit her step-sons and their families regularly. They travelled to Washington a few months ago to proudly watch their oldest granddaughter, Rachel, graduate from high school. They recently enjoyed a trip to Norway to visit some of Clyde's distant relatives. Travelling to Aberdeen, North Dakota, or the Minneapolis area was a common occurrence to visit family and friends. She was known by her children as the glue that brought them together during the holidays. She worked every year to make each major holiday memorable, which always included decorations, a lot of laughter, and plenty of food.

Jolaine was preceded in death by both parents; her sister Janelle, who passed away as an infant due to a birth defect with her heart; her brother Jeff, who lost his own battle with cancer in 2013; and granddaughter, Cassandra, who passed away a few hours after being born 4 months premature.