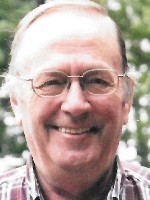 Funeral services will be held on Sunday, November 2, at 2:00 p.m. at Elim Lutheran Church in Clinton with Rev. Richard Larson officiating. Visitation will be held for one hour prior to the time of service at the church on Sunday. Burial will be in the Clinton City Cemetery.

John Eldon Nilson was born on March 12, 1944, in Graceville, Minnesota, the 9th child of Victor and Elin (Johnson) Nilson. He grew up working on the family farm near Graceville. John attended Graceville Public School, and after moving with his parents to Clinton, Minnesota, graduated from Clinton High School. On December 1, 1961, John was united in marriage to Ruth Ann Larson, daughter of Arloe and Inez (Stielow) Larson, at Elim Lutheran Church in Clinton.

After retirement, John and his wife, Ruth Ann, moved to San Diego, California. There he enjoyed fishing, hunting, and hanging out with good friends. They later moved to their current home in Hillsboro, Missouri, to be nearer to their children and grandson, Jonathan. John and Jonathan have been blessed with many hours of fishing companionship and swapping stories. He also spent much of his retirement serving with the Cedar Hill, MO., VFW Post.