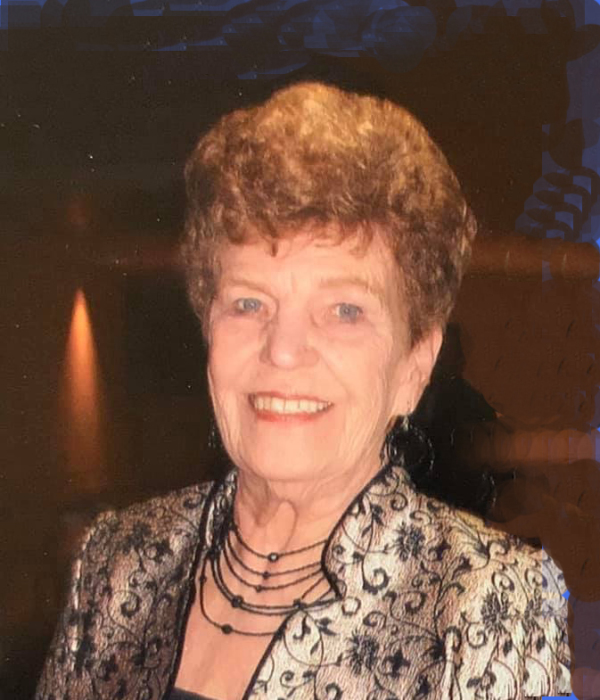 Alma “Jean” Zimbrick, the youngest of ten siblings, was born on January 5, 1927, to Mads and Bodil (Olesen) Madsen at Holy Trinity Hospital in Graceville, MN. She was baptized on January 27, 1928, and confirmed on April 6, 1941, at Mt. Olive Lutheran Church. Jean grew up and went to school in Graceville, graduating in 1944. After graduation, Jean and her sister, Betty, traveled by train to California by way of Oregon. They worked supporting the war effort as “Rosie Riveters” and were training in blueprinting when love called Jean back to Minnesota. She promised to return and marry Howard Zimbrick, which she did on October 17, 1945, in a candlelight service at Mt. Olive Lutheran Church. After a honeymoon to Minneapolis, MN, they made their home on the family farm nine miles north of Beardsley, MN, where they remained until 1974. They then resided in Beardsley until Howard’s death in 2011. Jean moved to Graceville where she lived in an apartment, then Grace Village and Grace Home. They were blessed with four children and enjoyed watching them grow, teaching them family values and work ethics, and supporting them in school, sports, and music. Her grandchildren and great-grandchildren were a special bonus in her life, and she loved hearing their stories and spoiling them.

Jean was an active member of Bethlehem Lutheran Church, American Legion Auxiliary, and Band Mother. She sang in church choir and an Ecumenical Choir group, and she was a busy mom and farm wife. After moving back to Graceville, she returned to her home congregation at Mt. Olive Lutheran Church. She enjoyed golfing, quilting, bowling, playing Bingo, camping, wintering in Texas, and especially “cutting a rug” with Howie, her favorite dance partner. She and Howard loved entertaining and going out dancing. Jean always had her hair styled, lipstick on, and wore matching earrings and necklaces for every occasion. Jean wrote an article for the Ortonville newspaper titled “The Ink and Eye”, filling her readers with enjoyable tales. She was also a gifted writer of poems and talent shows for the area. Jean loved cooking...and experimental cooking...and was well known for fixing everyone’s favorite dish, sharing her goodies with friends and neighbors, and filling everyone’s plate. No one left her house hungry or empty handed. Her favorite time of year was Christmas, which she celebrated deep in Danish tradition by including tinsel, family, dinner, church, apple cake, and joyous singing until the wee hours of the morning.