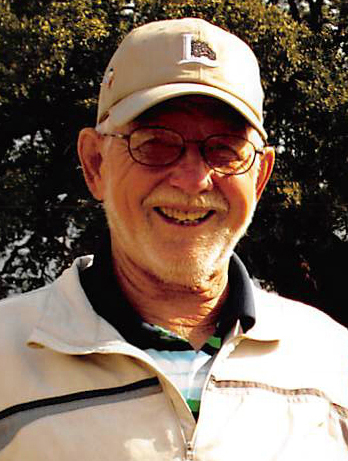 Funeral services will be held on Saturday, June 1, 2019, at 11:00 a.m. at First English Lutheran Church in Ortonville. Visitation will be held on Friday, May 31, from 5:00 – 7:00 p.m. at First English Lutheran Church. Visitation will continue one hour prior to the funeral service on Saturday. Pastor David Tonn will officiate, and burial will take place at Mound Cemetery.

James “Jim” Allen Johnson was born on February 17, 1939, to Myrtle (Olson) and Irwin Johnson of St. Paul, MN.  James joined an older brother, Irwin “Skip” Johnson.  The family moved to Little Rock, AR, and later to Parkersburg, WV, where James attended elementary school. They moved to Detroit Lakes, MN, where Jim attended Lincoln Elementary School. Jim finished his schooling in Detroit Lakes where he was very active in track, basketball, and football.  He graduated in 1957 and earned All-State Honors in football that year.

Jim attended the University of North Dakota and earned his bachelor’s degree in education in 1962.  While at college, he was very active in football and track. After graduation, Jim entered the United States Army; he served as a neuro-psychiatric technician for three years.

Following his tour in the Army, Jim married Sharron LeAnn Feldt, on December 26, 1963.  Jim and Sharron had three children: Catherine Ann, Craig Irwin, and Christopher Allen.  They adopted another son, Mark Allen, in 1969.

Jim started his teaching career in Bellingham, MN.  Jim taught there for three years and coached just about everything.  The family moved to Ortonville where he coached and taught math/PE for 33 years.  He cherished all the students that he had in the classroom over the years and loved being involved in the sports that he coached: track, cross country, and basketball.

Jim and Sharron owned Shady Nook Resort on Pickerel Lake in Underwood, MN, for 19 years.  At Shady Nook, Jim enjoyed fishing, visiting with people, and just being at the lake.

Jim loved sports of all kinds. He loved watching them, talking about them, and participating in them throughout his life.  He loved to golf and traveled to Kingsland, TX, for 28 years to enjoy golfing in the warmer temperatures over the winter months during his retirement.

He enjoyed camping with family over his lifetime, was a master at starting a campfire, loved to play cards and board games, would challenge anyone at cribbage, loved to drink coffee with his friends, and enjoyed doing the daily crossword puzzle.  Jim especially enjoyed spending time with his grandchildren, Sam and Courtney.

He was preceded in death by his parents: Myrtle and Irwin Johnson; and his two sons: Craig and Christopher Johnson.