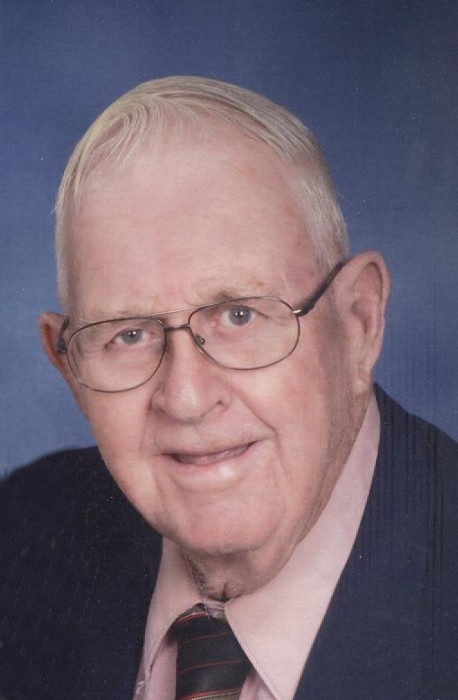 James Galen “Gay” Lund was born on September 14, 1927, on a farm in Hantho Township, Lac Qui Parle County, MN.  He was the son of Alvin and Thora (Nelson) Lund.  He was baptized and confirmed at Minnesota Valley Church.  James graduated from Appleton High School with the Class of 1946.

James entered military duty on January 16, 1951, in Madison, MN.  He was honorably discharged on May 21, 1952, at Camp Rucker, Alabama.  James attained the rank of Sergeant.  He was a military vehicle truck driver and an instructor on the 105 Howitzer heavy guns for new recruits at Camp Rucker.

James was united in marriage with Yvonne Johnson on January 30, 1954.  He was a member of Trinity Lutheran Church in Odessa where he served as an usher and secretary of the church council for many years.  James was the claims adjuster for 18 years and secretary of the board of directors for Agassiz Insurance in Odessa.  He was a member of the American Legion in Bellingham, MN.  James served 20 years on the Big Stone County Board of Adjustment.  He served on the Odessa City Council and was a member of the Odessa Fire Department.  James enjoyed farming and playing cards.  He was a fan of the Minnesota Twins and Vikings.