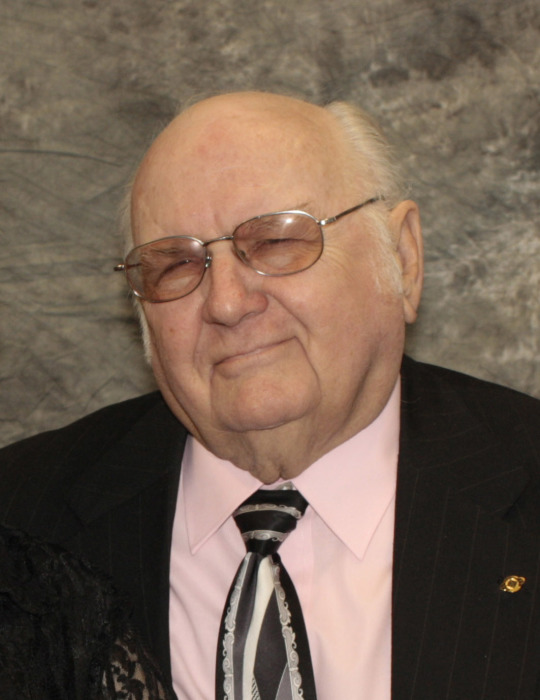 Services will be held on Wednesday, January 16, 2019, at 10:30 a.m. at New Life Community Baptist Church, Ortonville, MN. Visitation will be held on Tuesday, January 15, 2019, from 5:00-7:00 p.m. at the church, and will continue one hour prior to the funeral service. Pastor Philip Ostlund will officiate, and burial will be at Mound Cemetery.

Jack Edward Gable was born on June 27, 1932, in Ladysmith, WI. He was the second son of Clarence and Edna (Johnson) Gable. Jack graduated from Ladysmith High School in 1950 and began his employment with the JC Penney Company in November of that year. He retired in 1992 with 42 years of service. In 1954, Jack married his high school sweetheart, Elaine Shepherd, and they began to raise their family of four. His job took the family from Ladysmith to Berlin, WI, to Stevens Point, WI, to Waupun, WI, then to Rock Rapids, IA, and finally to Ortonville, MN, where he retired.

Jack loved to sing and was part of barbershop quartets from his high school days on, as well as church choirs, community choruses, and musical productions. He directed the Milltones Barbershop Chorus in Milbank for a number of years. While living in Iowa, Jack and his wife helped organize the Rock Rapids Community Theatre, which became the River Valley Players, and took part in most of their productions. They also performed in dinner theatres in several communities.

Both Jack and Elaine were baptized as teenagers and were active members of the Church of Christ in Ladysmith until they moved to Berlin, WI, where they helped plant the Sunnyside Church of Christ in Oshkosh, WI. They have been members of the New Life Community Baptist Church in Ortonville since 1983, where Jack was a Sunday school teacher and served as deacon for many years.

Jack and Elaine continued their interest in theatre and, in 1983, organized the Big Stone Area Community Theatre, directing and performing in many dinner theatre productions. They also appeared in Willmar, MN, for 21 performances of “Fiddler on the Roof” with Jack in his favorite role as Tevye.

He was a 55 year member of Kiwanis in both Iowa and in Ortonville. He served a term as lieutenant governor shortly after his retirement and has been song leader throughout his career.

He was preceded in death by his parents; and brother, Clair, when Clair was six months old.