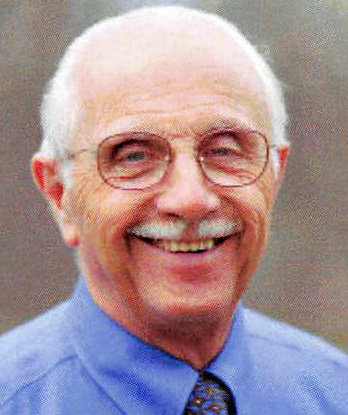 Services for Jac will be held later in the Spring of 2021.

Jac passed away on Saturday, January 9, 2021, peacefully in his sleep. He had battled dementia for a number of years and was recently diagnosed with acute heart failure. He told his family quite often that he lived an adventurous life and was ready to ride his final days to the next adventure.

Jac lived 83 years in various areas of Minneapolis: a city that he loved and played in. Jac loved motorcycles and mopeds. Long before having a car, Jac’s main transportation was on two wheels. He often told the story of being about four years old and riding across town to visit his grandmother. Needless to say, he had determination and a love for riding two-wheeled vehicles from that day forward.

The last three years of Jac’s life were lived in Graceville, MN. He was quire apprehensive of the move but found joy in riding his bicycle around Toqua Lake a few times per day. In true Jac fashion, he often stopped to meet new people and tell stories.

Jac graduated from Vocational Technical School in 1953 and worked many jobs over the years. Early in life Jac was a lithograph printer for Japs Olson and Minnetonka Print Shop. Jac always knew he wanted “more” out of his career. He was able to earn his license in real estate and worked for a few companies as a realtor until becoming a broker and co-owning US Realtors with his sister, Sandra. This introduced Jac to the new field of home inspections. He became a licensed home inspector and owned his own business, “Your Inspection Connection”. This was a very successful business for Jac. He was a member of ASHI and MSHI.

At the age of 75 or so, Jac decided to become a license realtor again, with his focus on helping newer, younger realtors succeed. He really enjoyed sharing his knowledge and watching other people grow. For a number of years, he taught night classes on home inspection and maintenance at various public schools in Minneapolis.

Jac always enjoyed a cup of coffee at Bob’s Java Hut and Diamond’s Café. Jac’s family thanks all of those who opened their hearts to Jac and showed him such good friendship over the years.

Jac had many miles on two wheels, and along with that, many stories of his travels. He did not need a motor or the largest, nicest bike to have fun. He once decided to ride his bicycle to Mesa, AZ. He had 30 days and more energy and strength than most. With an average of traveling 60 miles per day, he made it to Tucumcari, NM, and boarded a Greyhound bus back to Minneapolis just in time for work! Another time, he decided to ride his moped to Sturgis, SD, for The Rally. At 30 miles per hour and four days later, he made it in time to have a drink and turn around to go back home. That was Jac! He was a proud lifetime member of WBMC and the Moto Muttz.

Preceding Jac in death were his parents: Wilber and Margaret; son, John Kelvie; uncle, Russell Higbie; and his longtime partner, Donna’s son, Chris Bachaus, who Jac loved like a son.

Family to do services at later date