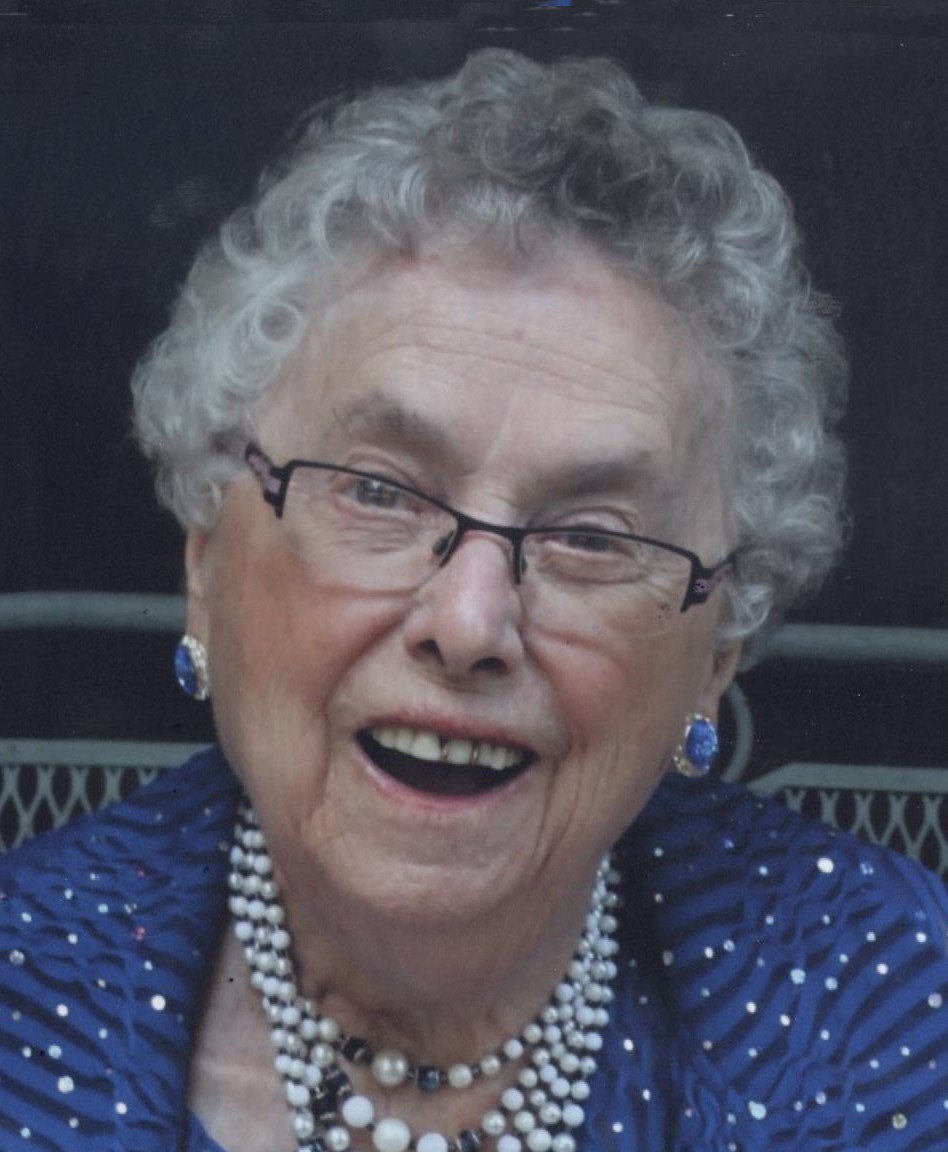 Isabel Martha Kraemer, 92, of Ortonville died on August 24, 2015, at Northridge Residence in Ortonville, MN with family at her side. Mother, Grandmother, and Great-Grandmother will be missed.

Isabel was born July 18, 1923 in Rosen, MN to parents Leo and Amanda (Roggenbuck) Radermacher. She attended school at St Joseph's school in Rosen, and graduated from Madison High School in 1942. During World War II she traveled to Seattle, WA and worked in the air force defense plants. Following the war she returned to Madison, MN and became a teacher through the Normal Training program teaching rural school near Madison. She met the love of her life Robert Kraemer at a dance at Sioux Historic Pavilion in the summer of 1945. They married on June 22, 1946 at St Michael's Church in Madison and resided in Madison, MN until 1952 when they moved to Ortonville, MN. Isabel was an active member of St John's Catholic Church. This union was blessed with five children, 12 grandchildren and 29 great grandchildren.

In 1968-70 Isabel completed her elementary education and art education degree at the University of Minnesota Morris and taught in the Ortonville school system for the next 24 years. Isabel loved teaching and enjoyed sharing her creativity and talents with the school, church and community. She was continuously engaged in local activities, pageants and art shows including Ortonville's Centennial Pageant and St John's Annual Christmas Pageant. She loved the Ortonville area and enjoyed promoting it in any way she could. She helped organize the Corn Festival/Big Stone County Art Tour and served on many local boards including the HRA, City Parks commission.

In 1984 Isabel was extremely honored to be nominated as Ortonville Teacher of the Year and was selected as one of the state's top ten finalists.

Following her retirement her energy and enthusiasm continued and included her involvement with Bowl of Love, Chuck Wagon Jamboree, Christian Women, numerous Bible study groups and the annual Gramp's Camp for her grandchildren. She will be remembered for her efforts in leading an inter-denominational confirmation class for special needs youth.

In retirement Isabel and Robert loved the arts and crafts circuit where she constructed over 500 quilts for friends and family. She was known for her house coffee parties including her annual Valentines and St. Patrick's Day card parties.

In lieu of flowers, donations to Rice Memorial Hospice or Ortonville Health Care Foundation will be appreciated.