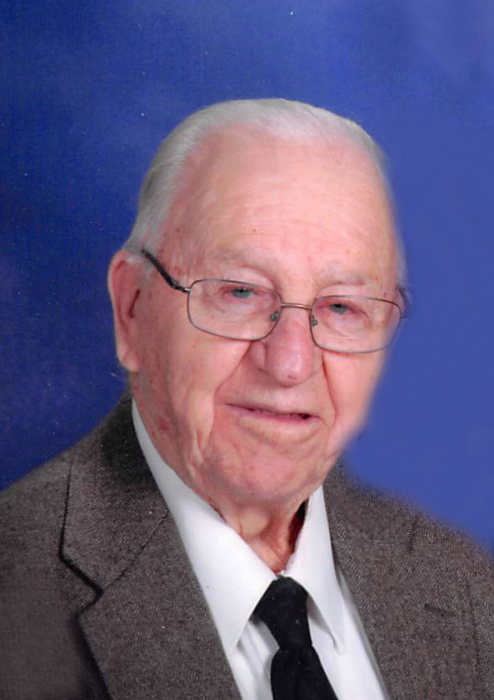 Howard Leland Stotesbery was born on January 8, 1924, to Leslie and Della (Gustafson) Stotesbery on their family farm in Big Stone County. He attended country school through eighth grade. After school, Howard went to work on the family farm.

On November 25, 1944, Howard was united in marriage with Gertrude Seifert at Holy Rosary Catholic Church in Graceville. They made their home on a farm south of Graceville and were blessed with seven children. Howard was a farmer all his life - growing crops and raising livestock for many years. He retired from farming in 1996. Howard continued to help his son farm for several years. He loved to play cards, shoot pool, dance, and visit with people, keep track of the boys and their farming, and was a farmer until the end.

Preceding him in death are his wives: Gert and Kathy; his parents; sister, Marjorie Wold; and brothers: Moreland, Ronald, Marvin, and Roger Stotesbery.