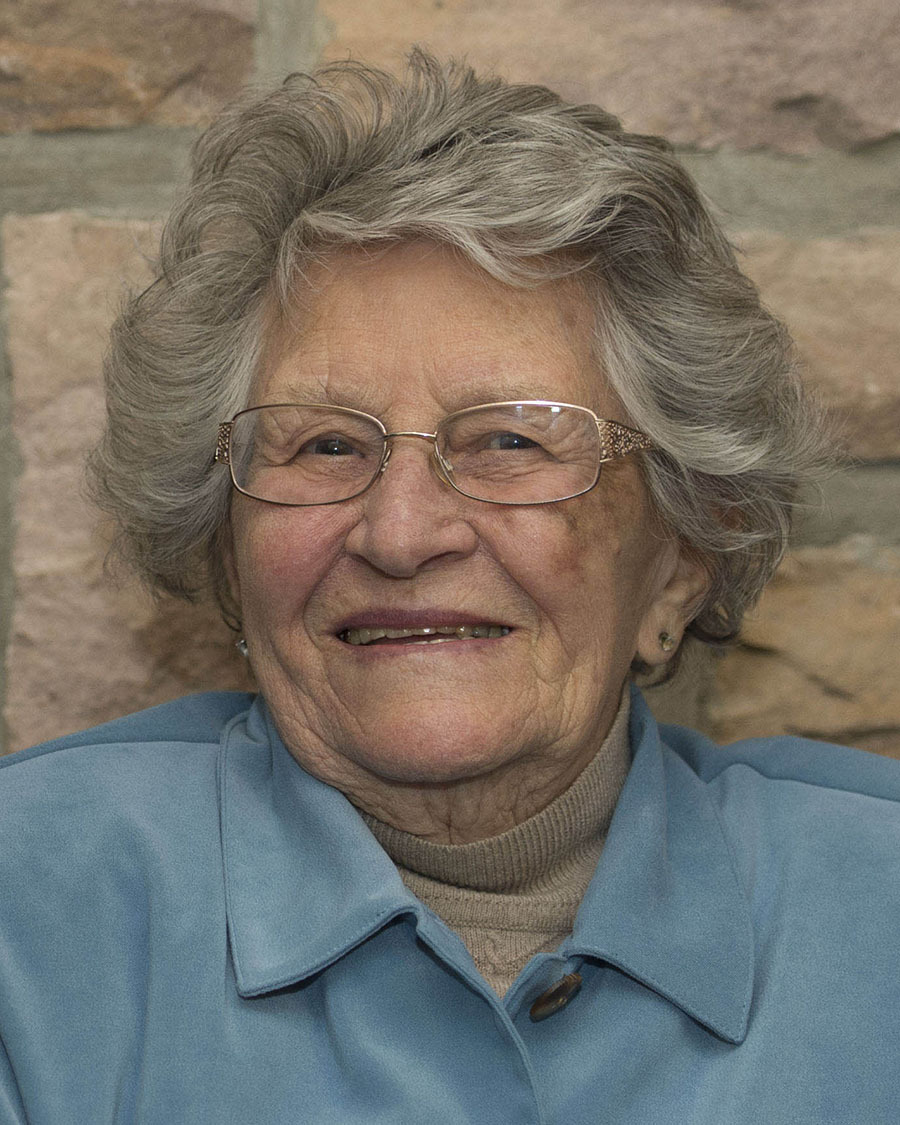 Visitation will be at First United Methodist Church in Ortonville at 1:30 p.m. Sunday, Dec. 27, followed by a funeral service at 3 p.m. Burial will be in Mound Cemetery in Ortonville following the service.

Harriet Amelia DeVaan was born June 29, 1923, in Milbank, SD, the third child of Hubert and Martina (Van den Elsen) DeVaan. Both came to the U.S. from Holland — Hubert in 1912 at 19, Martina in 1906 at 8. Harriet enjoyed her Dutch heritage, visiting The Netherlands in 1999 and staying in contact with relatives there.

She was baptized as an infant in the Catholic Church and as an adult at Lake Campbell in 2011 in The Wesleyan Church.

Harriet graduated from Ortonville High School in 1941. On November 22, 1941, she married Harvey Louis Kidman in Big Stone City, SD. They lived on a farm east of Ortonville.

The couple farmed and raised livestock, with Harriet playing a very active role, milking cows, driving tractors, fencing, doing field work, and multiple other tasks. In her 80s, living alone on the farm, she was still driving a backhoe.

In 2010, Harriet moved to Brookings and thoroughly enjoyed living in her new home. After a stroke in 2013, she moved in with her daughter and her family. During this time, she hand- embroidered rose pictures for her children, grandchildren, and great-granddaughters.

Harriet served on the church board and was Sunday School superintendent and teacher at Ortonville First United Methodist Church. She loved serving others, baking and cooking, flowers, gardening, playing card games (especially Rummy), and participating in the neighborhood Homemaker's Extension Club.