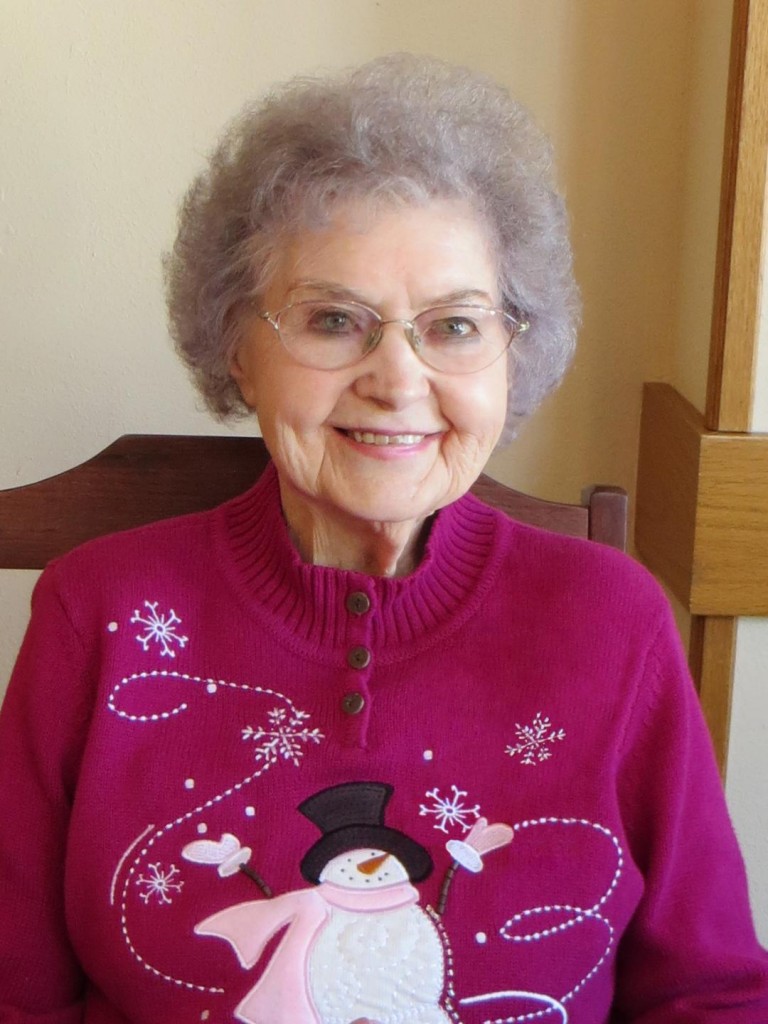 Grace Jeanette Olson was born on February 22, 1917 in Howard, South Dakota; she was the daughter of Nels and Christine (Blyseth) Olson. At the age of 11 years old, she asked Jesus to be her Savior while attending Burton Baptist Church. After attending school in Howard, she moved with her family to Dawson, Minnesota, where she graduated from high school in 1935.

Following graduation, she moved to Seattle, WA where she lived with her aunt and uncle, and worked at a nursing home caring for the elderly. After a few years, Grace returned to Minnesota. She worked in Minneapolis, cooking and cleaning homes. She also sewed army uniforms for service men at Strutwear during World War II.

In 1943, she was called home to help her father farm due to her mother's early death. Her relationship with LeRoy began when they met while he was making a delivery to the farm. Grace married LeRoy Strei on October 5, 1947 at Trinity Lutheran Church in Odessa. As a couple they made their home in Odessa for 57 years, before moving to Hancock, MN in the fall of 2004. LeRoy and Grace were blessed to celebrate 60 years together.

Grace was a wonderful homemaker; she was a skilled quilter and crocheter. She made wonderful meals. She worked hard to make life enjoyable for her family. She even put together her own kitchen cabinets. She enjoyed crossword puzzles, coffee and Lorna Doone cookies. Grace enjoyed getting her hair done, wearing lipstick and Estee Lauder. Maybe that's what kept her so young. She was deeply loved and will be greatly missed by her family.

In November, 2009 Grace moved to Windmill Ponds in Alexandria, MN. She continued to enjoy life there until October, 2017, when she spent just two days at Sharon's Senior Services before passing from this life into eternity on October 27, 2017. She is now at home with her Savior, Jesus Christ for all eternity. Grace was 100 years, 8 months, and 5 days.

A private family celebration of Grace's life will be held at a later date.