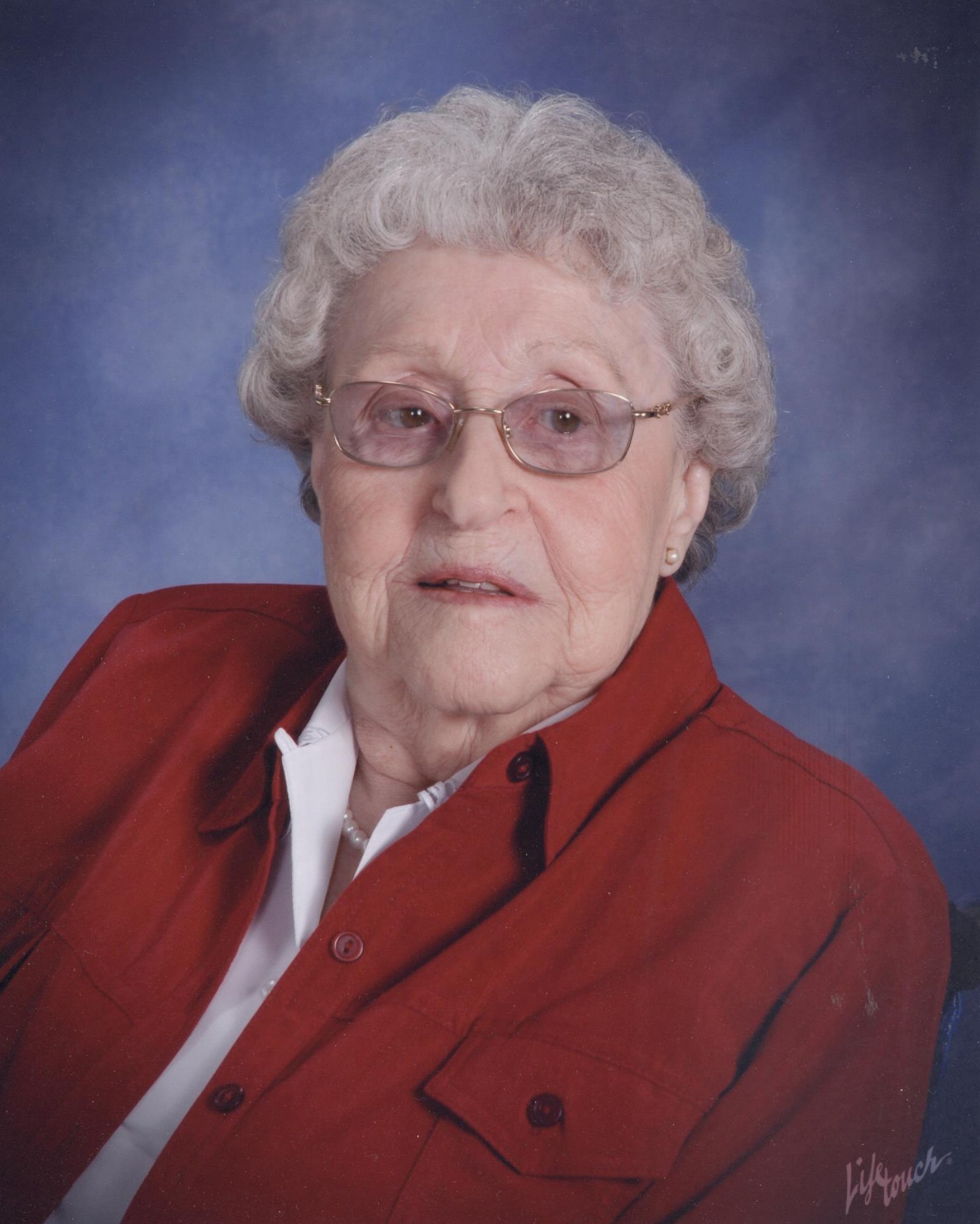 Gladys Josephine Kontz was born on March 14, 1917, in Remsen, IA to Alphonse and Maria Rose (Gansemer) Schnee. She grew up and attended St. Mary's Catholic School in Remsen, IA, where she was also baptized and confirmed in the Catholic faith. While growing up, Gladys spent most of her time tending to her ten younger siblings needs. She truly cared for her family, using any money she earned for her family. Gladys also had a great love of coffee, which started at a young age as it was often the only choice she had.

Gladys was united in marriage to Albert Kontz on October 23, 1936 in Alton, IA. To this union two children were born. Albert farmed his dad's farm until 1946, when the family moved to Minnesota and bought their first farm north of Beardsley. In 1974, they built a home in Beardsley.

Gladys began her nursing career in 1958, working as a nursing assistant in Wheaton at the Traverse Care Center. Although being self-studied, Gladys passed the Nursing State Board and earned a degree as a Licensed Practical Nurse in 1968. She later worked at the Browns Valley Health Center, until retiring in 1994 after 36 years as a nurse.

Gladys enjoyed sewing and made many of her grandchildren's clothes during their youth. She also loved to bake, a talent her family appreciated because she made the best homemade bread and buns. She enjoyed flowers, gardening, and spent many years assembling a beautiful collection of teacups. She shared this collection with her family by passing on the teacups to her granddaughters and great-granddaughters. Gladys lived her faith daily and was truly a servant of the Lord. This was often seen in her passionate way of pouring herself into the care of others and in the unconditional love she had for her family.