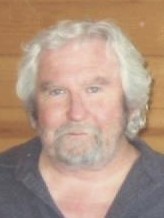 Funeral services will be held on Saturday, October 24, 2015, at 11 a.m. at Mundwiler Funeral Home in Milbank, SD, with Fr. Brian Oestreich officiating. Burial will be in Mound Cemetery.

Visitation will begin at 9:00 a.m. at the funeral home.

Gerald "Jerry" Diekmann was born October 24, 1952, to Bernard and Margaret (Sykora) Diekmann in Graceville, MN. He graduated from the Beardsley High School in 1970. After school, Jerry continued farming and driving truck for his brother Donald Diekmann. On March 14, 2015, Jerry was united in marriage to Darlene Finseth.

Jerry was preceded in death by his mother, Margaret; father, Bernard; and siblings, Dorothy "Dot" Gibson and Leroy Diekmann.