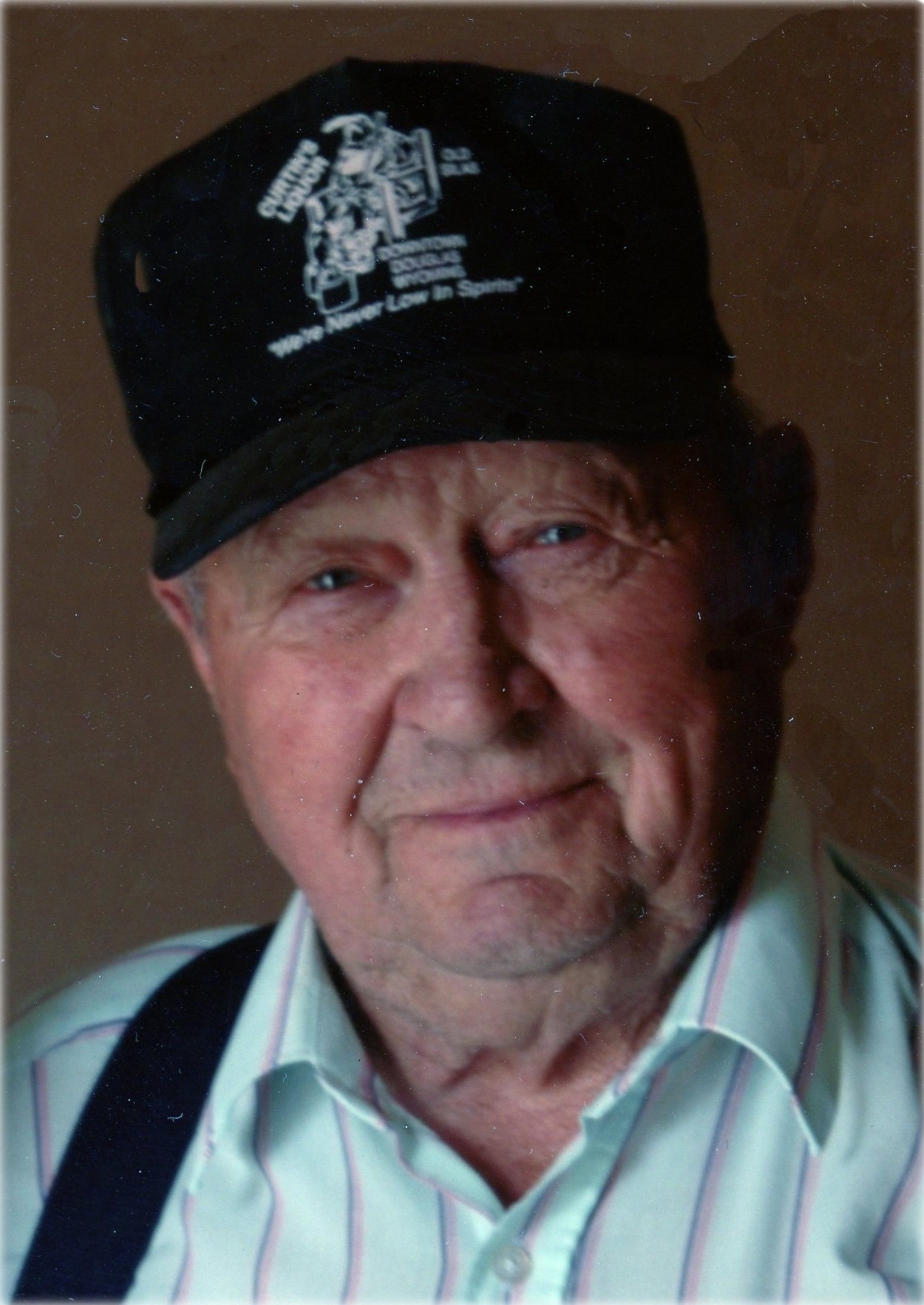 Funeral services will be held on Friday, April 7, at 2 p.m. at American Lutheran Church in Milbank. Pastor Carl Larson will officiate. Visitation will be held Thursday evening, April 6, from 5 – 7 p.m. at Mundwiler Funeral Home and continue one hour prior to the service at the church.

Burial will be in Osceola 1 Cemetery in Marvin, SD.

Gerald Ernest Bunting was born on July 2, 1920, to Ernest and Florence (LaLonde) Bunting on a farm near Albee, SD. Jeff attended school in Vernon Township #4 and one year of high school in Revillo. He was a truck driver and helped his dad on the farm. Jeff joined the CCC Camp in 1939 and served two years at Camp Pactola fighting forest fires and planting trees.

In the spring of 1942, Jeff enlisted in the Marine Corp and spent eight weeks in boot camp and then was sent to the South Pacific where he was a tank commander and fought on Guadalcanal, Guam, Emirow, and Okinawa. Jeff lost four tanks and 2 crew members on Okinawa from anti-tank guns and mines. He was awarded the Silver Star on May 12, 1945, for conspicuous gallantry in action as tank commander of Co. A, 6th Tank Battalion, 6th Marine Division in action against enemy Japanese forces. He also received five battle stars and a Presidential Navy Unit Citation. While in the South Pacific he spent time in a hospital in Auckland, New Zealand. Jeff attained the rank of Sergeant and was honorably discharged on October 27, 1945, at Astoria, Oregon. Returning home, he was a truck driver for A. W. Schaffer Trucking.

Jeff was united in marriage with Iris Pruno, of Marvin, on October 9, 1946. They farmed near Albee for two years and then moved to the old county farm in October 1948, which they bought a few years later, and have lived there all their married life. Jeff and Iris celebrated their 70th wedding anniversary last October.

Jeff was a deputy sheriff for nine years. He was a member of the Rodeo Association, Pheasants Forever, and National Farmers Organization. He was active in the V.F.W., having served as Commander, the D.A.V., the Marine Corps League, and the American Legion. In October of 2009, Jeff was honored to be a member of the Honor Flight to the World War II Memorial in Washington, DC.

Jeff loved farming – it was his life! He also loved animals, having raised buffalo, goats, and horses.

Left with his loving memory is his wife, Iris, of Milbank; children: Sandra (Dale) Wellnitz, Linda (Randy) Melham, and Kevin (Kristi) Bunting, all of Milbank, and Todd (Laura) Bunting of Douglas, WY; six grandchildren; 16 great-grandchildren; one great-great grandchildren; sisters: Maxine Heiller of Temecula, CA, and Wauneta Schwandt of Milbank; sisters-in-law: Virginia Bunting and Luvilla Weber, both of Milbank, and Corrine Bliven of Ferndale, WA; and many nieces and nephews.

Jeff was preceded in death by his parents; grandson, Rob Edison; and brothers, Larry and Neil.