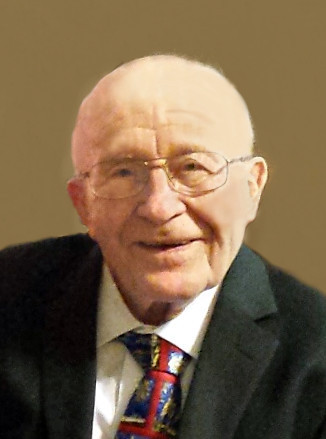 Funeral services will be held on Saturday, August 13, 2016, at 10:00 a.m. at Abiding Faith Lutheran Church in Ortonville with Rev. Richard Larson officiating. Burial will follow in Eidskog Cemetery. Visitation will be from 5-7 p.m. on Friday, August 12, at Abiding Faith Lutheran Church with a prayer service beginning at 7:00 p.m. Visitation will continue on Saturday for one hour prior to the time of service at the church.

Gaylord Jerome Weeding was born on March 11th, 1931 to Sylas and Josephine (Swenson) Weeding in Odessa Township, Odessa, Minnesota. He was baptized and confirmed into the Lutheran Faith at Immanuel Lutheran Church, rural Ortonville. He graduated from Appleton High School in 1949. On June 21st, 1952 Gaylord was united in marriage to Arlyce Danielson at Eidskog Lutheran Church. They were blessed with five daughters and one son. Gaylord's family expanded and included five sons-in-law, 16 grandchildren, and 28 great grandchildren. Gaylord's family became his whole life. He was a great husband, father, and grandfather. Gaylord was a Christian role model whose smiles showed his family how to be thankful and content through struggles even unto his death.

Gaylord and Arlyce enjoyed life together. They worked side by side on their farm from 1952 to 1998. Gaylord loved sports! Arlyce and the girls spent many evenings at the baseball and softball fields cheering on their favorite catcher. In 1965, Gaylord and Arlyce became members of the Appleton Trailblazers Saddle Club. They carried flags and performed in many parades as part of the drill team. Gaylord's lifelong love of horses unfolded from riding quarter horses to hitching his black percherons. His hayrides entertained many, from his family and friends to Christmas shoppers in Ortonville. In later years, Gaylord could often be found sitting around the table drinking coffee with those he loved or watching his favorite Minnesota sports team play. Gaylord would end everyday by reading God's word and praying out loud for his family and friends. God bless his memory.