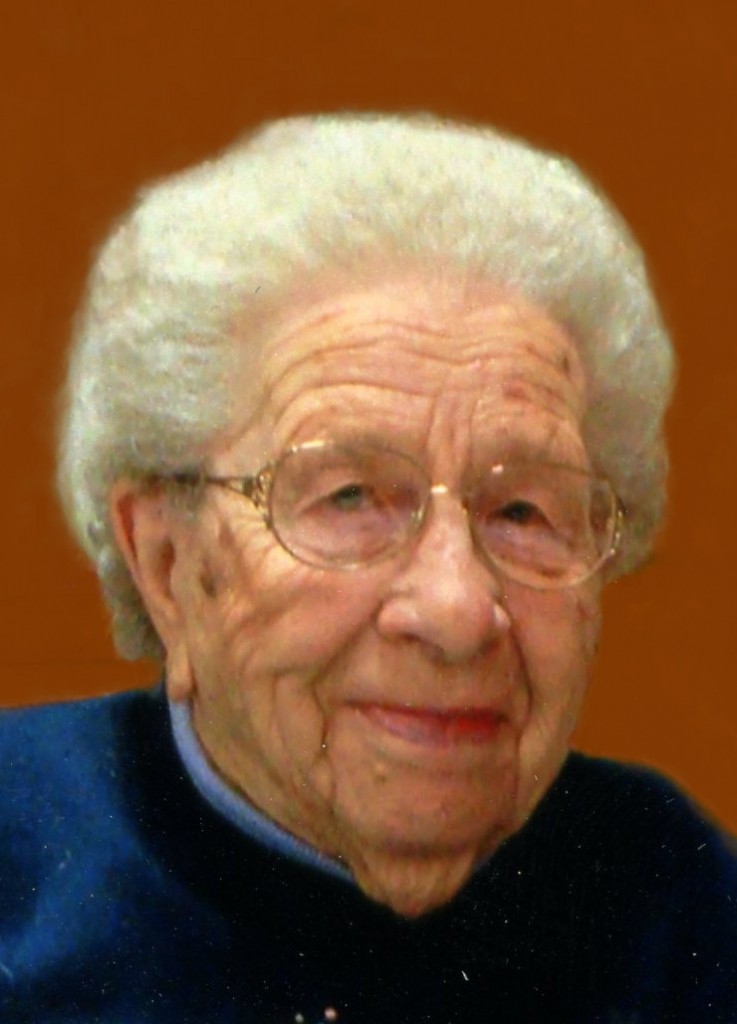 Funeral services will be held on Friday, November 10, at 2:00 p.m. at First Presbyterian Church in Wilmot. Rev. John Barkett will officiate and burial will be in the Wilmot Cemetery.

Visitation will be at the church on Thursday from 5 - 7 p.m. and continue on Friday, one hour prior to the service.

Eunice Grace Vosberg was born September 28, 1918, in Wilmot. She was the daughter of Harry and Lulu Bell (Harris) Vosberg. She attended country school in Lake Township, and one year at Wilmot High School. Eunice lived at home and cared for her parents. Eunice was united in marriage with Harold E. Bailey on June 27, 1940, in Wilmot, SD. They were blessed with two sons: Norman and Virgil.

Eunice was a devoted homemaker and also cared for her blind mother. She loved to cook and her family will treasure the memories of her sugar cookies and overnight buns. She always sent a pan of cinnamon rolls home with visitors. She also worked at Dakota Industry. She enjoyed quilting and sewing, making her granddaughter’s wedding dress. Eunice was an avid reader. She read her Bible daily, including the day she died. She was a member of First Presbyterian Church in Wilmot and held several offices, both on local and state levels. Her husband, Harold died on February 9, 2011.

She was preceded in death by her parents, husband, one son, Norman Bailey; two brothers; and one sister.