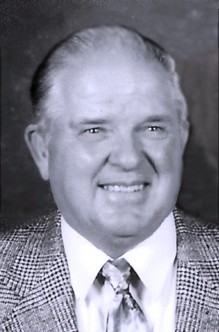 Funeral services will be held on Saturday, January 16, 2016, at 10:30 a.m. at First English Lutheran Church in Ortonville with Rev. David Tonn officiating. Burial will follow in Mound Cemetery. Visitation will be held from 5-7 p.m. Friday, January 15, at Mundwiler and Larson Funeral Home and will continue for one hour prior to the time of service at the church on Saturday.

Eugene attended country school at District #42 in Otrey Township south of Errol Anderson's farm. He was confirmed at Eidskog Lutheran Church by Pastor Clifford Johnson in 1943, and graduated from country school that same year.

He then attended Ortonville High School and graduated as Salutatorian in 1947. During high school, Eugene was offensive and defensive guard on the football team and lettered both years. He was active in FFA and was Minnesota Star Farmer in 1947. As the President of his Senior Class, Gene was active over the years in the planning of his high school reunions.

After high school, Gene attended Augsburg College for one year and played football on the Freshmen team, and spent his second year at the University of Minnesota as a pre-Vet student before returning to farm for the remainder of his life. He was drafted into the Army in 1955. He spent sixteen months of his two years of service in Korea where he attained the rank of Sergeant in the Army's 7th Infantry Division. He was discharged in 1956, and has been a member of the Veterans of Foreign War and the American Legion since that time.

After his service in the Army, Eugene again returned to farming in Artichoke Township, and he married his high school sweetheart Jean Louise Lindholm on January 23, 1961 at the Little Brown Church in the Vale in Nassau, Iowa. Their lives were blessed with four children; Bill, John, Karen and Donald. In addition to farming the family homestead of his parents in Artichoke, Eugene started farming in Otrey Township in 1966. Here the family resided until Eugene retired from farming in 1996 after losing his beautiful wife of 34 years on September 14, 1995.

Eugene has given decades of service to his community. At Eidskog Lutheran church, he served the church council as President, Vice President, Secretary, Treasurer, Trustee, Deacon and council member. From 1975 to 1984, he served on the Big Stone County Agricultural Stabilization Committee. From 1980 to 1995, he served on the Farmers Union Oil Company Board. He served three years on the Odessa Elevator Board and was the Otrey Township Clerk for 33 years from 1970 to 2003. He was only the sixth clerk in the township's history. Eugene was an active parent of the Clever Clovers 4-H club from 1966-1979, and spent many days at the County Fair with his family over the years.

Gene enjoyed leisure time hunting and fishing; bowling in the Poverty League; golfing in Ortonville; and playing cards with friends. He enjoyed traveling with his family, and often with the Wellendorf family during the 1970's. He has been to 49 states and 15 countries.

Eugene moved from the farm into Ortonville in 2002, first living across the street from First English Lutheran Church, and then moving to the Fairway View Independent Living Apartments in 2008. Gene enjoyed his town years, especially drinking morning coffee and shaking dice at Hilltop Cafe. At the age of 83, Eugene moved out of Big Stone County for the first time in his life to live in Colorado Springs near his daughter, Karen. Gene resided at New Day Cottages of Pine Creek and was a beloved resident because of his kind smile and very gentle nature. Eugene will always be remembered as a family man; he loved all of his children dearly.

Eugene was preceded in death by his wife, Jean; his parents, Henry and Signe Nelson; sister, Vera Franke; and brother, Robert Nelson.