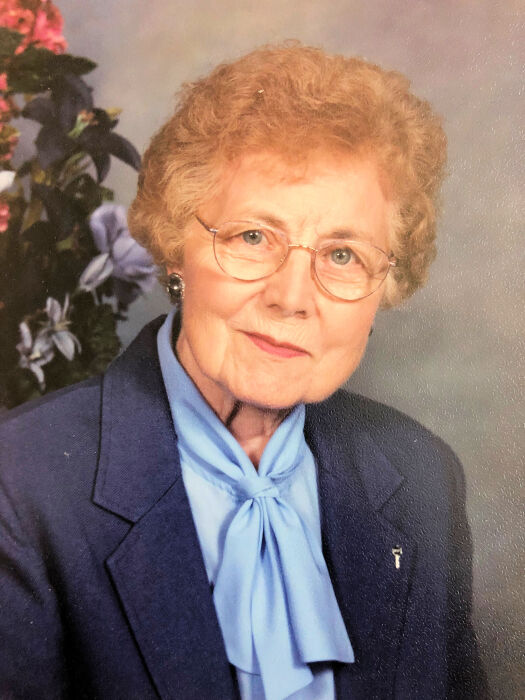 Ethel M. (Schwandt) Anderson was born on June 19, 1923, in Big Stone City, SD, to William and Rosa (Mueller) Schwandt. She attended school in Ortonville and graduated from Ortonville High School with the Class of 1941. Following high school, Ethel worked as a mail clerk for Boeing and then at an orphanage in Minneapolis. She moved back to Ortonville to marry the love of her life.

On June 10, 1945, Ethel was united in marriage with Gordon R. Anderson in Ortonville. Together they were blessed with three children: Angela, Reggie, and Jim but lost a child at birth. They farmed on Gordon’s grandfather’s farm two miles east of Ortonville. They sold the farm in 1990 due to Gordon’s Parkinson Disease.  They moved into town in Ortonville and soon after Gordon went into the Northridge Nursing Home for his debilitating disease. Ethel went to live in the Good Samaritan Homes in Brainerd, MN, where due to her dementia, passed away into the Lord’s Loving arms on September 1.

Along with keeping her home and raising her children, Ethel was very active in her church circles and in 4-H for several years in Big Stone County. She was an excellent cook and wonderful baker. Ethel loved to serve others with her meals. She was a well-read woman and practiced healthy, organic living.

She was preceded in death by her husband, Gordon in 1996; infant son; two sons-in law; and seven brothers and sisters.