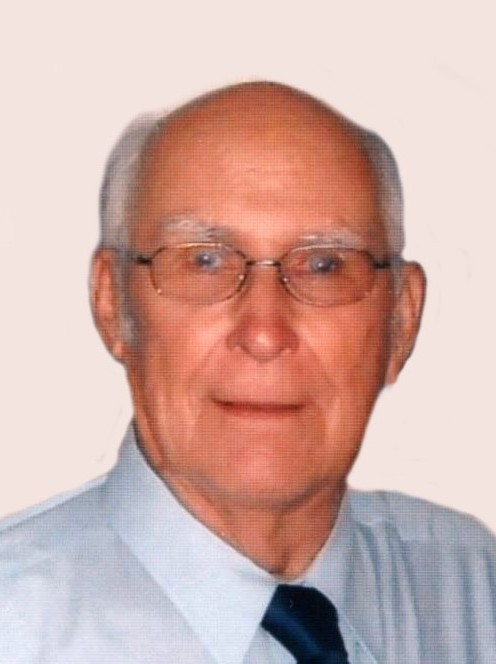 Funeral services will be held on Tuesday, December 29, 2015, at 2:00 p.m. at First English Lutheran Church in Ortonville with Rev. David Tonn officiating. Visitation will be held for one hour prior to the time of service at the church on Tuesday.

Ervin William Kaufman was born on January 27, 1922, in Vernon Township, Grant County, SD, to Charles and Theresa (Christianson) Kaufman. He grew up on the family farm where they raised dairy cattle, pigs, and produced small grains. He attended Vernon #8 country school. Ervin began farming with his father and was hired out as farm help for various farmers in the community.

Ervin enlisted in the United States Army on September 23, 1942 at Fort Snelling. He served during WWII as a combat engineer and during his service earned the Bronze Service Arrowhead, the Philippine Liberation Ribbon with 2 Bronze Stars, and the Good Conduct Medal. On December 12, 1945, Ervin was honorably discharged and returned home to own and operate a farm in Grant County, SD.

On November 5, 1951, Ervin was united in marriage with Beverly Bunting. Ervin's sister died in 1959 and he and Beverly opened their home to her three children. Ervin continued to farm throughout his life until 1973, when he retired from farming and built a house on Big Stone Lake.

Ervin was a true outdoorsman and enjoyed spending time hunting deer, fishing, trapping mink, and helping his neighbors bale hay. He was also an avid bow hunter. Ervin loved music, singing with the Milltones and Big Stone Chorus and dancing with Beverly. He enjoyed all sports and coached several softball and baseball teams. He was also a talented woodworker and made diamond willow canes. Ervin utilized his skills and kind heart when he volunteered to build five homes for Habitat for Humanity. Most of all, Ervin loved life and lived each day to its fullest.

Ervin had been a member of First English Lutheran Church in Ortonville since 1973. He was also a member of the American Legion since 1946 and served as the former director of the Sportsman's Club.

Left with his loving memory is his beloved wife of 64 years, Beverly Kaufman of Ortonville, MN; three special nephews and niece: Jim Greer, Nancy (Woody) Steinhoff, and Daniel (Annette) Greer; numerous other nieces and nephews; and many special friends.

He was preceded in death by his parents; 3 brothers, 6 sisters, and many special friends.