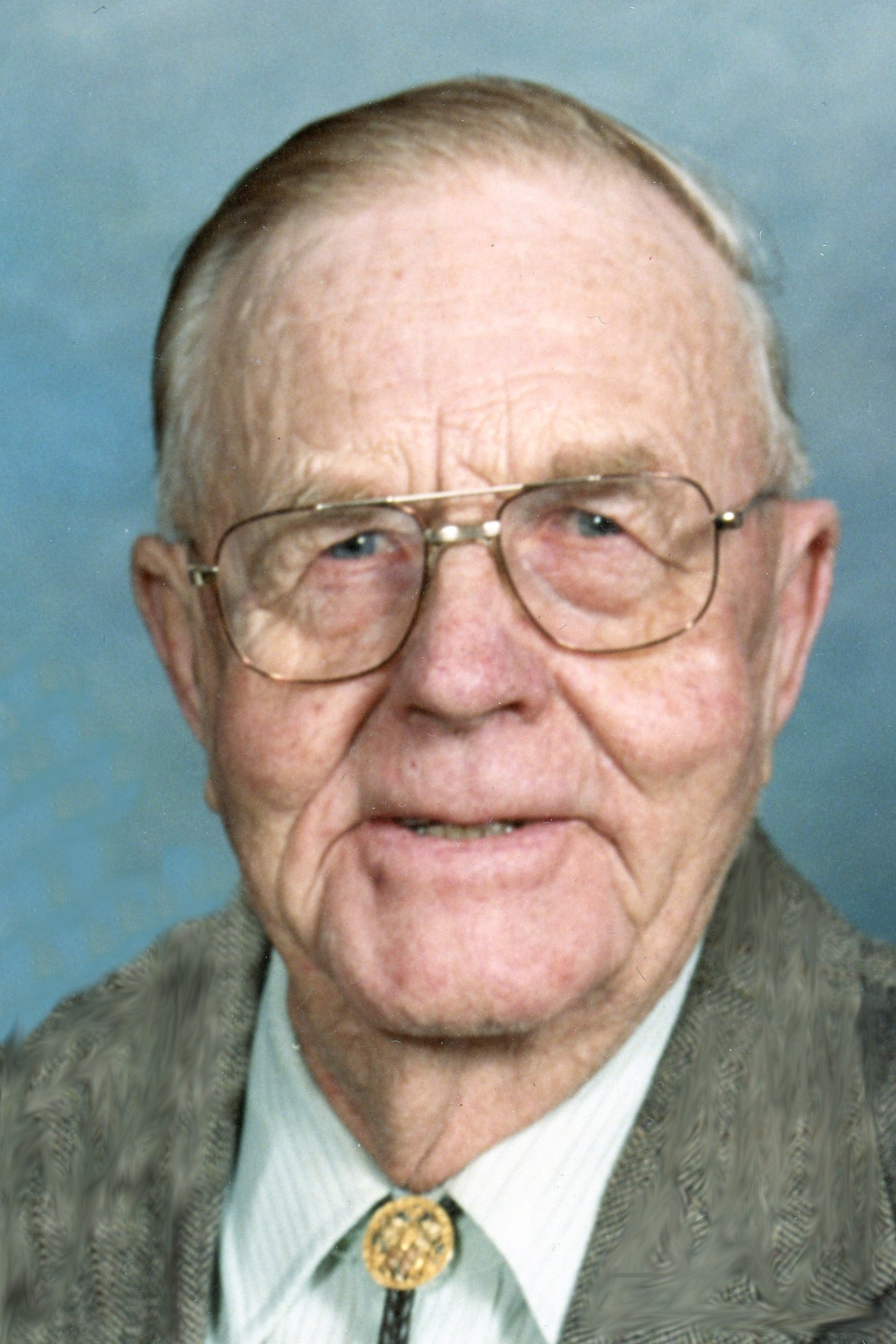 Funeral services will be Saturday, January 14, 2017 at 2:00 p.m. at Wilmot Lutheran Church. Rev. Sheila Pohl will officiate and burial will be in the Wilmot Cemetery.

Music will be provided by Janice Vreim, organist and Sara Hankel, vocalist.

Ernest Heinje was born November 22, 1913, in Lake Township, Roberts County, SD. He was the son of John and Martha (Reil) Heinje. He was baptized and confirmed in Christ Lutheran Church, Garfield Township. He attended rural school in Lake Township, completing the eighth grade.

Ernest was united in marriage with Leoda Nelson on September 20, 1943. They were blessed with three children, Howard, Diana and Coleen They resided for seven years on a farm � mile east of the Nelson homestead. They built their home on the Nelson homestead and lived there until moving into Wilmot in the fall of 2000. The Nelson homestead has been in the family since 1886, and is presently occupied by the oldest grandson, Bryce Heinje and his family. After 66 years of marriage, Leoda died on January 7, 2010. Red moved into the Wilmot Care Center in March 2011.

Red started his farming career with horses. Even after moving from the farm he continued to have a garden until after he harvested his crop in the fall of 2012, before his 99th birthday. He was proud of his 60 plus tomatoes plants and loved to share his harvest with the community.

Red and Leoda enjoyed traveling on short pleasure trips to nearly all fifty states in the United States including Alaska and Hawaii, as well as Europe, and the Holy Land.

Red was a 4-H Leader for the Hillside Hustlers Club. During these years many rabbit hunts were enjoyed. He was a faithful member of Wilmot Lutheran Church and served many years on the Church Council. He served on the draft board. He served as township supervisor of Garfield Township, Roberts County as well as serving on the Roberts County FHA Board. He was proud of and truly enjoyed working with his grandsons. Red adored his grandchildren and great-grandchildren and enjoyed all children. He always had gum and a quarter to share.

He was preceded in death by his parents and his wife, Leoda; and siblings: Elroy (Vivian) Heinje; Elnora (Carl) Palmquist; Adella McClellan; and brother-in-law, Dick Kossman.