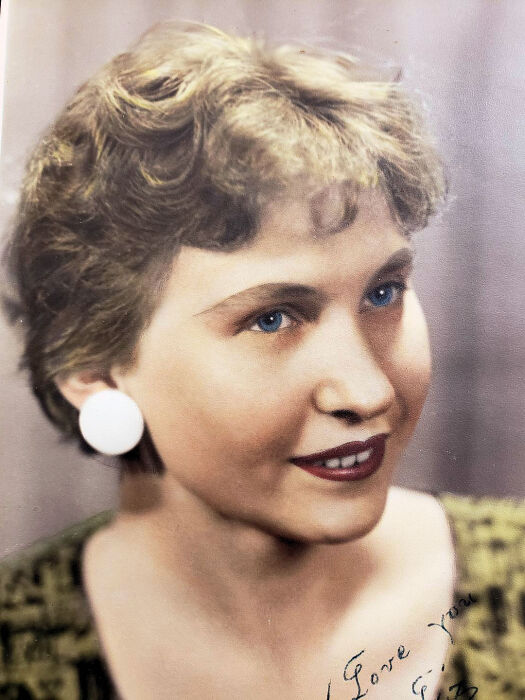 The service will be live streamed and recorded and will be viewable at the bottom of this page.

Elisabeth (Seidel) Anderson was born on February 14, 1933, in Obergostitz, Czechoslovakia to Rudolf and Anna (Rust) Seidel. On April 30, 1959, she was united in marriage with Gordon E. Anderson in Budingen, Germany. Together, they were blessed with three children: Gordon, Mike, and Tanja.

While Elisabeth was pregnant with Mike and with toddler, Gordon, in tow, the family relocated to the United States in early 1960 and settled in Windom, MN. In 1969, they moved to Ortonville to get back to Gordon’s roots and to be closer to family.

Elisabeth took an interest in many things. She was an avid artist and created beautiful drawings and paintings. She also worked with ceramics and did many different craft projects. Elisabeth loved the outdoors and took every opportunity she could to go on a hike or explore the nature around her. She appreciated the exquisiteness of flowers and had quite the green thumb, growing over 300 species of flowers, plants, and trees in her yard. She created many flower arrangements for weddings and special occasions. Elisabeth was also a gifted seamstress, sewing, hemming, and mending so many garments for herself, her family, and her friends. The thing Elisabeth was most proud of was her family. She loved to spend time with her children as they were growing up, her grandchildren, and her great-grandchildren.

Preceding her in death were her parents; husband, Gordon in 1992; brother, Rudolf Seidel; sister, Hadel Sprung; along with many friends who were special to her.