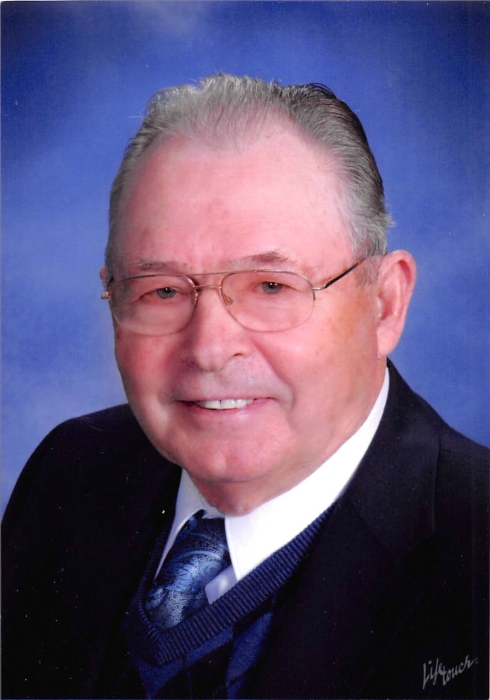 Mass of Christian Burial will be held on Monday, December 17, 2018, at 11 AM at Holy Rosary Catholic Church in Graceville. Visitation will be held on Sunday, December 16, 2018, from 5 to 7 PM at the church and will continue one hour prior to services on Monday. Father Brian Oestreich will celebrate the Mass, and interment will be in St. Peter’s Catholic Cemetery in Dumont, MN.

Elden August Stueve was born on April 20, 1930, in Dollymount Township of Traverse County, MN, to Ernest and Lillian (Issendorf) Stueve. He attended rural school in the area until sixth grade; he later enlisted in the United States Army in 1951, and was honorably discharged in 1952. Following his discharge from the Army, he returned home and started farming.

On September 14, 1954, Elden was united in marriage to Alice Thomas at Holy Rosary Catholic Church in Graceville. To this union, ten children were born. The family lived and farmed near Graceville for all of Elden’s life.

He was active in the church, the American Legion, and his township board. He loved farming, horses, and spending time with his children, grandchildren, and great-grandchildren. Elden also enjoyed going to the coffee shop, Sunday morning brunch, his many trips to California to visit relatives, and dancing.

Preceding him in death are his parents; his wife, Alice, in 2009; daughter, Mary Ann; great great-grandson, Isaac; brothers, Ernest Jr. and Donald; and sister, Audrey.