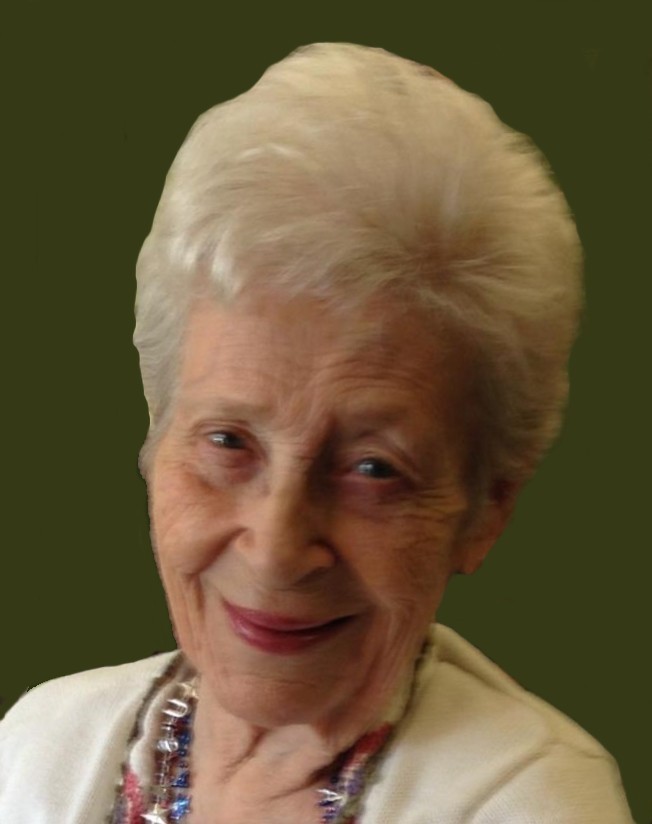 Funeral services will be held on Thursday, May 21, at 1:00 p.m. at United Methodist Church in Clinton with Rev. Anna Williamson officiating. Visitation will be held for one hour prior to the time of service at the church on Thursday. Burial will follow in the Clinton City Cemetery.

Dorothy Ellen was born on June 10, 1922, in Toqua Township, MN, to Elizabeth M. Fleming and Carl A. Skoog, the eldest of five children. Dorothy was baptized in the Christian faith on July 19, 1925, at Graceville, MN. The family moved to Elbow Lake, MN, for a time and then to Clinton where, after missing a year of school because of illness, she graduated from Clinton High School in 1941. Dorothy was united in marriage to H. Edward Anderson at the Anderson family farm north of Clinton on January 1, 1943, and to this union two daughters, Elizabeth (Beth) and Barbara, were born. Dorothy was a loving and supportive mother who devoted herself to raising her daughters along with her two brothers, Ronnie and Doug, when they came to live at the farm.

In 1966, Dorothy moved to St. Paul, MN, where she worked at the St. Paul Hotel and later at National Beauty Supply in Minneapolis. She returned to Clinton in 1970 and was employed at Cartwright Drug Store in Ortonville for a number of years.

She was united in marriage to Clayton Flattum on December 27, 1972, in Ortonville, MN, and they resided in Clinton until Dorothy entered Northridge Residence in Ortonville in October 2010, where she lived until her death. She and Clayton both enjoyed shooting pool, and spent many hours at home playing against one another. She was always in attendance at Clayton's pool league games and tournaments.

Never one to complain, Dorothy possessed a positive attitude, an easy-going personality and a sense of humor. She was a great person to have "ride shotgun" on a road trip; no matter how many hours riding in the car she would never close her eyes because she "might miss seeing something!" She was fun-loving person and was game to try just about anything.

She loved all animals – big and small – but especially dogs and horses; she had been a member of a saddle club in her younger years. She enjoyed the dogs and cats as well as the farm animals. She would name the milk cows, paint their names on pieces of wood and mount them above the stanchions. She would bottle feed the kittens and lambs or keep the piglets warm in the oven if necessary. Dorothy's love of animals continued throughout her life; it was evident that Dorothy's days at Northridge were considerably brighter when animals were brought to visit the residents.

Dorothy loved dancing (she taught numerous young people how to waltz) and music; she was a member of the Sweet Adelines for a number of years. Her favorite activities at Northridge were the sing-a-longs and musical programs, which brought her much joy. Even with her memory fading, she amazed us with her ability to still sing the words to countless numbers of songs.

Before her eyesight failed, she loved to read, and was a whiz at working crossword puzzles, making greeting cards, and writing poems for special family occasions. Those poems written for birthdays, graduations, weddings and anniversaries are treasured family keepsakes. A lover of sporting events, she was a loyal fan of the Minnesota Twins, Vikings and Timberwolves and often "coached" from her chair when watching the games on television.

Dorothy was preceded in death by her husband, Clayton Flattum; her parents; and brothers, Carl W. Skoog and Douglas Skoog.

Dorothy loved her family and especially enjoyed the grandchildren and great-grandchildren. She always put the wants and needs of others before her own. She is so loved and will be forever in the hearts of her family. Death leaves a heartache no one can heal; love leaves memories no one can steal.