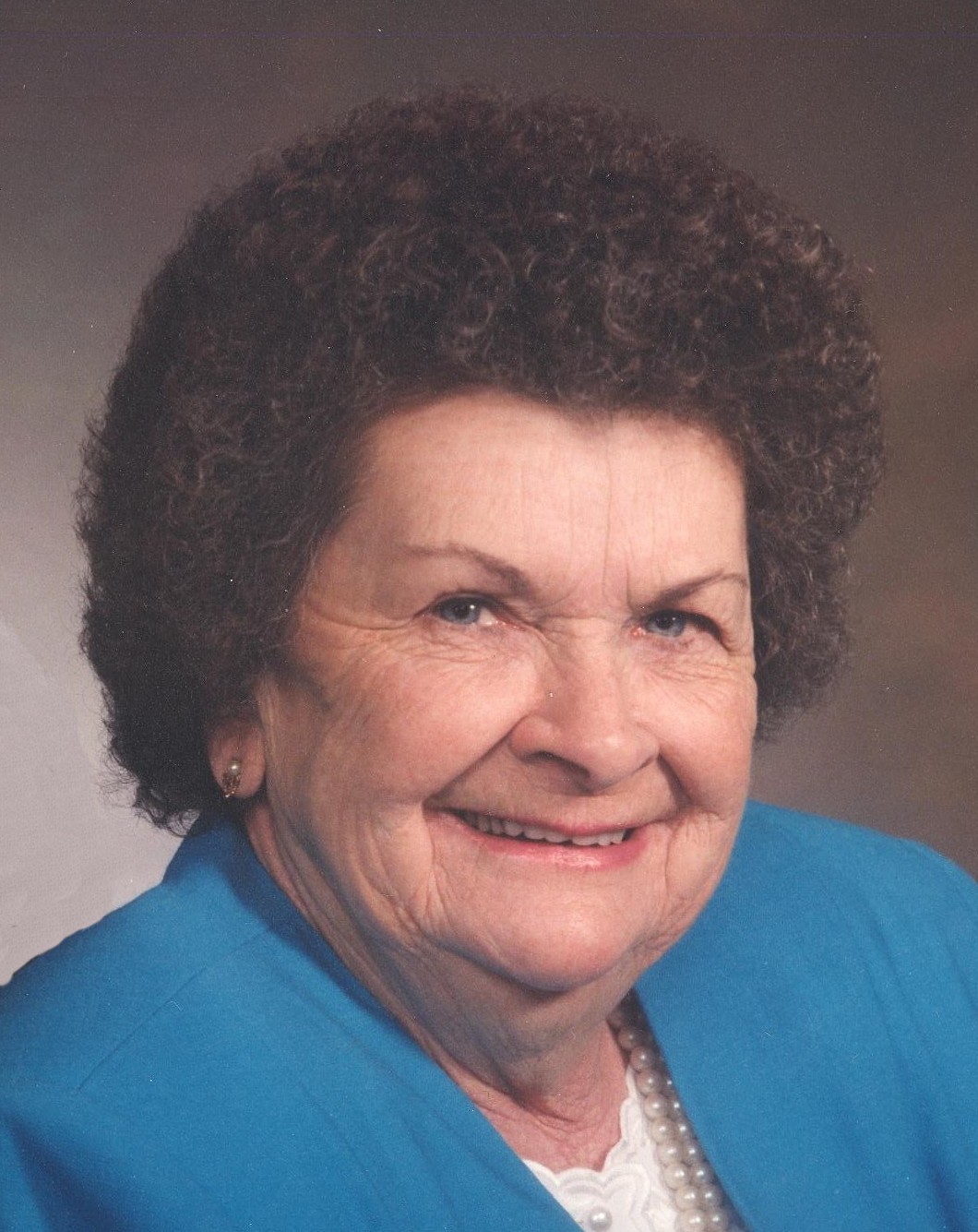 Services will be held on Saturday, December 27, 2014, at 3 p.m. at Living Hope Fellowship - Assembly of God in Ortonville. Visitation will be held two hours prior to the service. Rev. David Homrighausen will officiate and burial will be at a later date in Mound Cemetery.

Doris Mae Mueller was born on May 1, 1928, in Ortovnille, Minnesota to Thomas and Nicolina (Larson) Mack. When Doris was a young girl the family moved to Ortonville, Minnesota. She completed the eleventh grade.

Doris was united in marriage with Kenneth Young on November 30, 1949. To this union two children were born. They made their first home in Ortonville, then moved to California, but did move back to Ortonville for a time when Kenny owned the Union 76 Gas Station. They returned to California. Kenny died in 1978. At that time Doris became the manager of a trailer park and made many lasting friendships while there. She returned to Ortonville and later married Lloyd Mueller and they lived in Hutchinson, Minnesota. When Lloyd died, she moved back to Ortonville.

Doris loved to fish, garden, and she was a good cook. She also enjoyed fabric painting.

Doris died on December 23, 2014, at Northridge Residence, having reached the age of 86.

She was preceded in death by her parents; husbands Kenny and Lloyd; daughter Lynne Larason in 2005; brothers: Lester, in infancy, Stanley, Floyd, and Earl; and sister Edna.