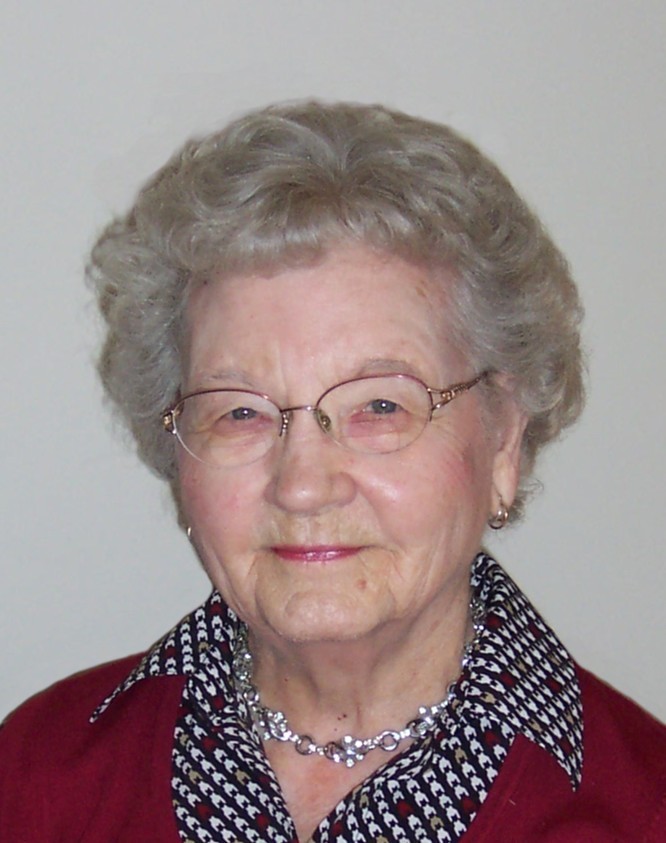 Mass of Christian Burial will be held on Thursday, August 11, 2016, at 11:00 a.m. at St. John's Catholic Church in Ortonville with Father Brian Oestreich celebrating the Mass. Burial will follow in Mound Cemetery. Visitation will be held for one hour prior to the time of Mass at the church on Thursday.

Dewona Rose Amberg was born on December 8, 1918, on the family farm in Artichoke Township to Severt and Nettie (Robertson) Mathison. She was baptized and confirmed at Eidskog Lutheran Church. Dewona attended District #9 country school through the 8th grade.

On August 24, 1938, Dewona was united in marriage with Richard Amberg in Ortonville. This union was blessed with five children and 54 years together. Although the Amberg family spent the majority of their married life in Ortonville, they also lived for a few years in California. Dewona was proud to have braved the train ride alone with the children. They eventually moved back to Ortonville. Dewona was primarily a homemaker but also worked at the canning factory in Big Stone City for a short time.

Dewona was a gracious, active, and vibrant woman. She had an infectious and recognizable laugh and was never known to complain, always aware of the fact that someone has it worse.

Dewona was very talented in sewing, quilting, and crocheting. She made her children's clothes in their youth, crocheted countless afghans, tied quilts at church, and made many quilts at home that she later donated to the church. Dewona enjoyed reading, bowling, riding bicycle with Richard, and square dancing. Her true passion however was playing card games and she enjoyed all except for bridge.

Dewona also enjoyed traveling. In her younger years she took trips to Minneapolis to drive back cars for Richard's business, Amberg Motor Co. She traveled on a bus to Minneapolis to attend shows and with her family in the motorhome. Dewona spent her 80th birthday in Branson, took a motorcycle ride on her 90th birthday, and enjoyed a trip to Albuquerque with her family to attend the hot air balloon festival.

Dewona loved having company over and was always ready with a cup of coffee and goodies. Above all, Dewona cherished time spent with her family and she was fortunate to have spent a majority of this summer with her children and grandchildren.

Dewona was an active member of St. John's Catholic Church in Ortonville. She lived at home on her own until the age of 96 when she moved into Fairway View. Dewona died on Thursday, August 4, 2016, at the age of 97.