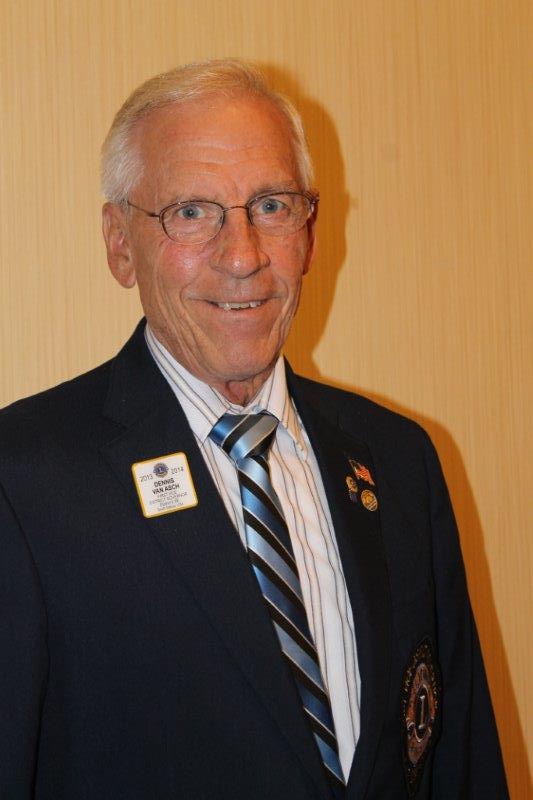 Services will be held on Thursday, July 13, 2017, at 11:00 a.m. at American Lutheran Church in Milbank. Rev. Melanie Reiners will officiate and burial will be in the Milbank City Cemetery.

Visitation will be at Mundwiler Funeral Home on Wednesday from 5 - 7 p.m. with a prayer service at 7 p.m. Visitation will continue at the church on Thursday, one hour prior to the service.

Dennis Ronald Van Asch was born March 10, 1945, in Jones County, South Dakota. At the age of ten months he was adopted by Peter and Gertrude Hofhenke Van Asch of Milbank. He attended Melrose #3 country school in rural Grant County and graduated from Milbank High School in 1963.

On June 11, 1965 he was united in marriage with June Marie Hoeke at Corona, South Dakota. To this marriage one daughter Donella June was born.

Following their marriage he and his wife farmed north of Milbank for several years. He then began employment with Northwestern Bell Telephone Company in Milbank. He was later transferred to Aberdeen and Redfield and then returned to Aberdeen. When the telephone company in the United States was declared a monopoly he was termed excess and chose to terminate his employment with Northwestern Bell. He worked for the James Valley Telephone Company in Groton for several years and also owned his own telephone business in Aberdeen.

Following his father-in-law’s death in 1986, he and his wife returned to the Hoeke family Century Farm which is located eight miles Northeast of Milbank in Roberts County where they operated a grain and cattle farm and where they continued to reside.

He was a member of the Congregational Church in Redfield and Zion Lutheran Church in Aberdeen and served on their boards. He was active in the Redfield, Aberdeen and Milbank Lions Clubs and served in many offices over the years. During 2014-15 he was elected the Lions District Governor for District 5SE in South Dakota as well as serving in other Multi-District Lions positions. He served on the Board of Directors of the South Dakota Lions Eye & Tissue Bank now the Dakota Lions Sight & Health. He served two terms as the president of the South Dakota Wildlife Federation and was involved in many wildlife issues during his tenure traveling the United States on its behalf. He spoke many times before the South Dakota Legislature regarding wildlife issues. He served on the board of the Aberdeen Telco Credit Union and later served Lockwood Township, Roberts County, in various capacities for 25+ years. For 30 plus years he and his wife traveled calling square dances. He was a member of the Parkview Methodist Church. He also was a member of the Aberdeen Area Gift of Life Support Group. Mr. Van Asch enjoyed farm life and the wide-open spaces it afforded. Following his daughter’s death in 2001, he and his wife actively supported organ and tissue donation. He was a devoted husband, father, grandfather and friend.

He is survived by his wife of 52 years, June; his grandson, Tanner Gardner; sister, Marjorie and husband Dale Boerger; sister-in-law, Karen and husband Delton Hanson; one niece and four nephews and their families; and cousins and friends.

He is preceded in death by his parents, his wife’s parents and his beloved daughter Donella Gardner in 2001.