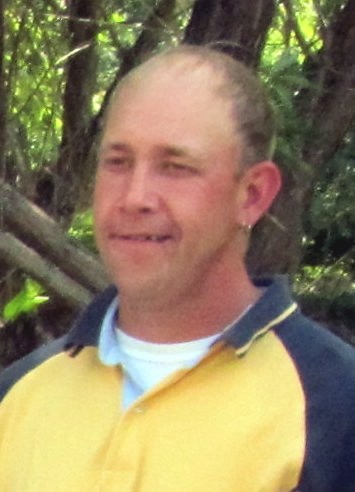 Funeral services will be held on Saturday, December 19, 2015, at 10:30 a.m. at St. John's Lutheran Church in Revillo with Rev. Nathan Neugebauer officiating. Burial will follow in St. Paul's Lutheran Cemetery in Albee Township. Visitation will be held from 5-7 p.m. Friday, December 18, at Mundwiler Funeral Home with a prayer service at 7:00 p.m. Visitation will continue for one hour prior to the time of service at the church on Saturday.

David Lee Wellnitz, Jr., was born in Ortonville, MN, on May 8, 1980, to David Wellnitz, Sr., and Diane (Struck) Wellnitz. He was reborn as a child of God in the waters of Holy Baptism on July 20, 1980. On May 22, 1994, he was confirmed in the Christian faith and was fed the life-giving body and blood of Jesus. David was united in holy marriage to Val Drager on August 7, 1999. God also blessed him with the gift of three children: Kassidy Wellnitz, Taylor Wellnitz, and Peyton Tesch. On December 14, 2015, God called David home to heaven.

David attended school in Milbank through the tenth grade. He loved music, especially the song "Convoy." He had a great sense of humor and was always the comedian of the group. Most recently, David was employed by Boehnke Waste Handling in Marietta, MN. He enjoyed antique tractors, attending threshing shows, giving tractor rides to his kids and nephews, and had a collection of Harley Davidson memorabilia. Most important to David was his children and he loved spending time with them.

David was preceded in death by his mother, Diane; sister, Tracy; and grandparents: Walter and Wilma Wellnitz and LeHardt and Alice Struck.