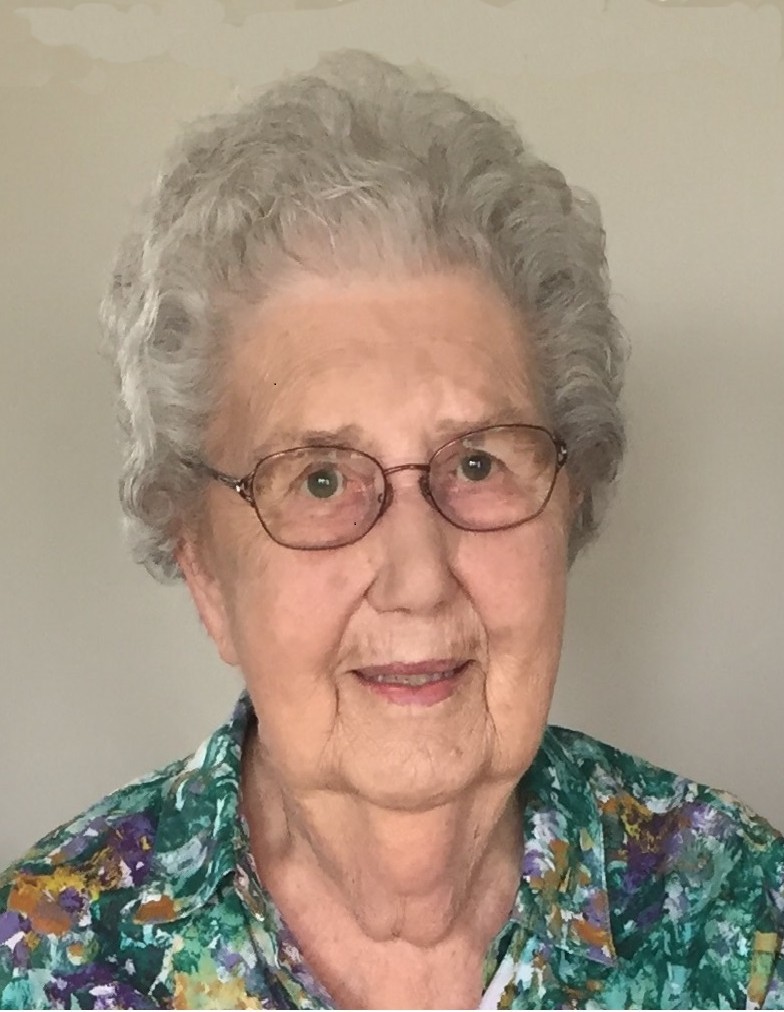 Darlene Salverson, age 87, of Edina, MN, passed away peacefully on Saturday, January 7, 2017 in Edina, MN, surrounded by her family.

Funeral services will be held on Friday, January 13, 2017, at 11:00 at Zion Lutheran Church in Ortonville, followed by lunch.

A private visitation for family will be held prior to the service at 10:00. A springtime burial is planned in Mound Cemetery. Casket bearers are Darlene's nephews: Jim, John, and Bruce Wellendorf, Neal Thompson, Terry Beyer, and Mark Falk. Honorary casket bearers are her grandsons: Ali, Kasim, Belal, and Hassan Shouman.

Darlene Deloris Salverson, daughter of Donald and Rachel Wellendorf Sr., was born on April 9, 1929, in Ortonville, MN. She was a lifelong member of Eidskog Lutheran Church, rural Ortonville, where she was baptized, confirmed and married. She graduated from Ortonville High School. On March 19, 1949, Darlene and Milferd were united in marriage and spent the next 55 years together on their farm in Otrey Township where they raised their three daughters: Charlene, Marlene and Jolene.

After Milferd's passing in 2004, Darlene stayed on the farm until moving to Edina, MN, in 2010, to be close to her daughters and their families. Darlene enjoyed nothing more than spending time with her family, including two sons-in law, four grandsons, and three great grandchildren. She looked forward to the many lunches, birthday parties and other celebrations she was able to be part of after moving to the Twin Cities. Her other passion was working outdoors on the farm. She took great pride in maintaining their meticulous farmstead and her impressive vegetable and flower gardens. Every morning, like clockwork, she would be outside feeding the birds and cats and watering her gardens.

While still on the farm, more than anything, she looked forward to frequent visits from family. She would be waiting at the door for their arrival and could be seen out in the yard playing baseball with the grandsons or giving them rides in the trailer behind the riding lawn mower. Of course there were always special treats ready, and every night ended with Grandma's chocolate milkshakes. She also enjoyed traveling to many parts of the U.S. with Milferd and Charlene after retirement and, in more recent years, the mother-daughter road trips she took with her girls.

Darlene was a devoted member at Eidskog and served in many capacities in the Ladies Aid, Circle, teaching Sunday School, and on the church board and altar committee. At church dinners and ice cream socials, you would find her in the kitchen peeling potatoes or dishing up pie. She looked forward to sitting around the quilting table with her Eidskog friends, making hundreds of quilts every year and enjoying conversation and coffee with the ladies. Her faith remained strong until the end when she asked the Lord to take her home. Darlene will be greatly missed and will forever be a shining example of faith, compassion, love and selflessness.

Darlene is survived by her three daughters: Charlene of Edina, Marlene (Mohamed) Shouman of Lakeville, and Jolene (Hussein) Shouman of Oakdale; four grandsons and three great grandchildren; sister Phyllis Thompson of Benson, and brother Donald Wellendorf, Jr. of Ortonville, along with many nieces and nephews.

Darlene is preceded in death by her husband Milferd, parents Donald and Rachel Wellendorf, and brother Erwin (Bud) Wellendorf.

The family requests, in lieu of flowers and gifts, that memorials be made in Darlene's memory to the American Heart Association.