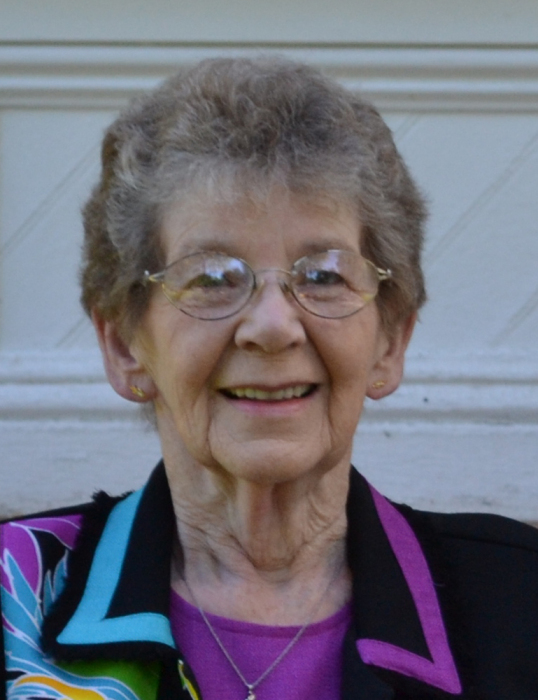 Darlene Ann Swenumson was born on May 29, 1932, to Oliver and Viola (Laing) Swenumson. She was born on the same home place as her mother, on her grandparent’s (Edison and Selma Laing) farm in Enterprise Township, Roberts County, South Dakota. She grew up in Long Hollow Township and attended Long Hollow School #4 through the eighth grade, having her mother for her teacher for most of those years. Darlene worked at J.C Penney when she was a senior in high school. She graduated from Sisseton High School in 1950, and worked at the Red Cross Drug Store, which her parents owned at that time.

Darlene lived in Minneapolis for several years: she attended nursing school for a short time, worked in a dress shop, was a switchboard operator, a receptionist, and even a camp counselor for the Camp Fire Girls. Darlene moved back to Sisseton and worked for the ASC office, until she married Gary Christensen on June 5, 1954. They lived in Lawton, OK, while Gary was stationed at Ft. Sill; Darlene moved back to Sisseton to live with her parents while Gary was stationed in Germany. Their oldest son, Gregg, was born during this time.

When he returned from his service duty, Darlene and Gary moved to Minneapolis where he attended school and worked. They returned to Browns Valley in 1957, where Don, Ann, and Cal were born. Darlene had many jobs: she worked for Margarete Vollmers, Gambles in Sisseton, Ike’s Chicken Shack, Bee & Bee Department Store, the laundry department at the nursing home, and she ran a café for several years. She liked all of the places she worked (except the cafe!) and always enjoyed the people she worked with.

Darlene enjoyed learning to crochet from her neighbor Martha Jensen, and also enjoyed embroidery and hardanger. She kept busy when she retired with volunteer work. She liked her job passing out samples at her son’s grocery store in Sisseton, meeting and visiting with customers. She was fortunate to be able to travel to Japan, Greece, and New York. She has been a member of the Browns Valley American Legion Auxiliary, Sisseton-Browns Valley Order of the Eastern Star, Browns Valley Historical Society, and was a long-time member of United Methodist Presbyterian Church.

She was preceded in death by her parents; husband, Gary, in 2017; and brother, Delmar Swenumson.