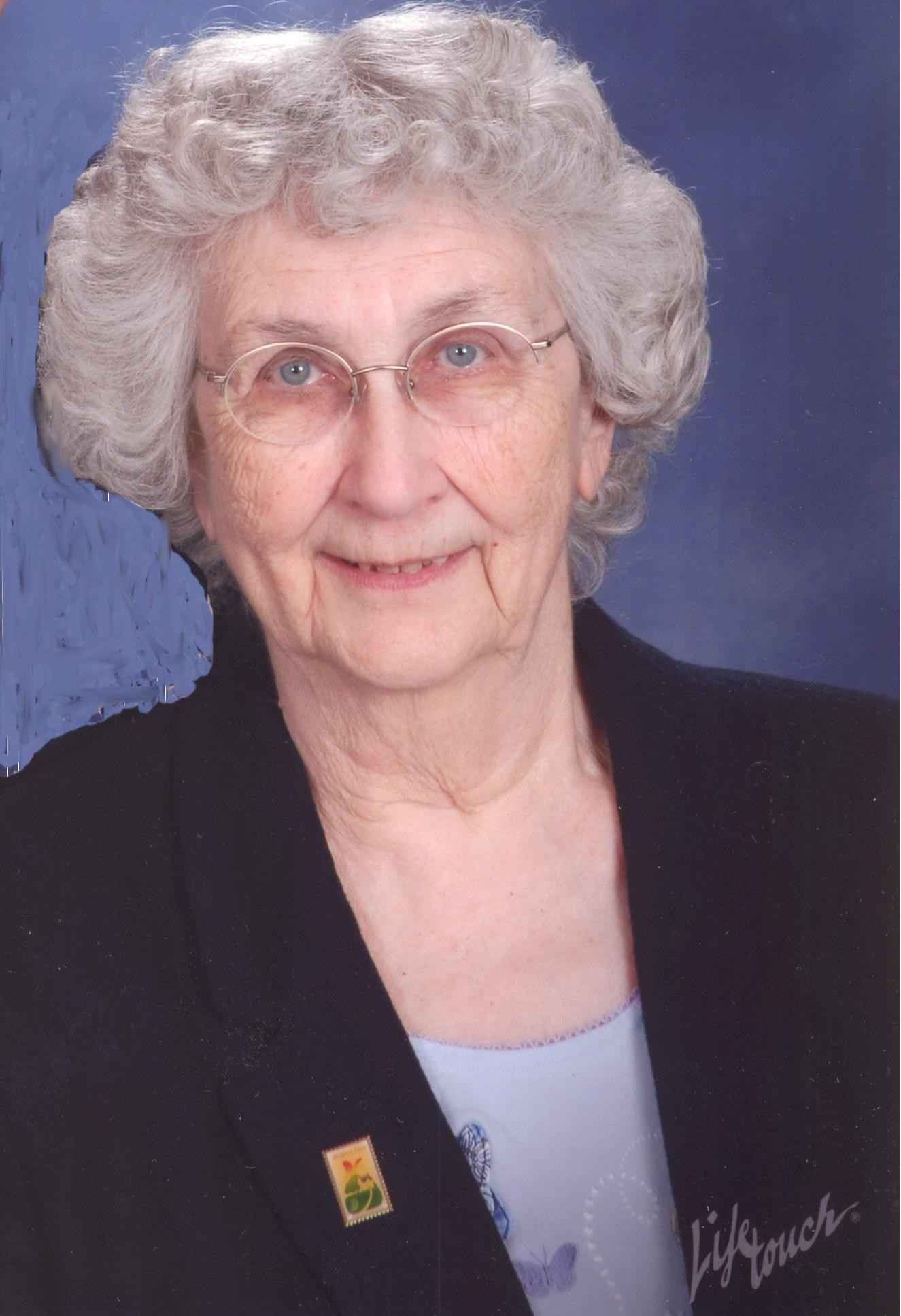 A memorial service will be held on Saturday, June 13, 2015, at 1:30 p.m. at First English Lutheran Church in Ortonville. Rev. David Tonn will officiate. Burial will be held at a later date.

Visitation will be at the church on Friday from 5 – 7 p.m. and continue Saturday, one hour prior to the service. Music will be provided by Lisa Berdan, organist and Darin Ehrenberg, vocalist. The urn bearer will be Lynn Behnke.

Corinne Loretta (Rethwill) Tiegs was born June 11, 1931, the youngest child of Roy Robert and Mary Helen (Antonsen) Rethwill. She was born at the family farm home in Sharon Township, Le Sueur County, MN. She was baptized and confirmed at the Methodist Church in Le Sueur.

Corinne attended one year of rural school and continued her schooling "in town." She graduated from Le Sueur High School in 1949 as class valedictorian. She then attended Augsburg College for one year. On September 28, 1951, she was united in marriage at the Methodist Church in Le Sueur with Donald Tiegs, a high school classmate. They became parents to four children: Mary Martha (who died in infancy) Richard Paul; Elizabeth Kay and Ross Donald.
Corinne worked at the Corner Drug Store for 7 ½ years after Donald was drafted into the Army. Following Donald's military service and graduation from Gustavus Adolphus College, they lived in Rochester and Worthington, MN before settling in Ortonville.

Donald, Corinne and their children were members of First English Lutheran Church. Corinne served in many offices and boards with the FELCW and congregation. She was the first woman to serve as President of the congregation. She and her children also sang in the church choir. Corrine was a long time member of the Order of the Eastern Star and served as Worthy Matron in Worthington, as well as a few times in Ortonville. She worked alongside Donald at Cashtown Service and Tiegs Self Service. Corinne also was an active Hospice volunteer for over 30 years.

She was preceded in death by her parents; her daughter, Mary; her brothers: Robert and Lester; brothers-in-law: Milo Loose and Harry Kluntz; and joined most recently by her sister, Carol Loose Kluntz.