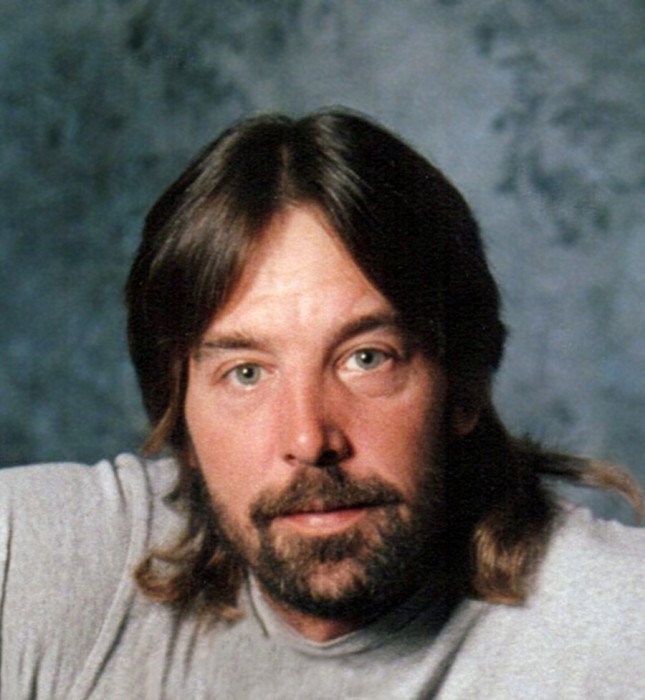 For anyone who knew Clint, they knew he didn't throw anything away. One of the things that he kept for many years and kept close by was an article by Adolfo Quezada that our family pastor reprinted in his weekly column. “My old friend, Grief, is back. He comes to visit me once in a while just to remind me that I am still a broken person. [W]e never completely heal, we never totally adjust to the loss of a major love. We will be all right, but we will never be the same.”

Clinton George Schultz, Jr. was born on July 10, 1963, in St. Paul, MN, to Clint and Larrie Bea (Busch) Schultz. From a young age, he was curious and always figuring out how things worked. He had a green thumb, growing Indian corn and spending the whole summer marveling at how tall it grew. He was crazy talented with his hands; in elementary school, he would build houses, buildings, cars, and motorcycles from used computer cards that he got from the school office. He was always designing, building, and tinkering—creating amazing works from whatever he had on hand or he thought he could adapt.

His love of cars and motorcycles (and anything with wheels) was life-long. From thinking he and his cousin, Duke, were Evel Knievel, to demo derby cars, to all the cars that led up to his treasured Chevelle, he was always elbows-deep in a fixer-upper. He loved gardening, cooking, and baking. His children, Erica and Spencer (who are also crazy talented), grew up making gingerbread houses and villages every Christmas. They spent many happy hours in the kitchen with him, except for that time Erica got her hair caught in the mixer.

Like all of us, Clint had his struggles. But he was always determined to keep moving, get the job done, and get it done right. He spent his teenage years working at the family grocery stores in Graceville, MN, and Freeman, SD, and Big Stone Sports Center after Clint, Sr. bought the business and moved the family to Ortonville.

After graduating from Freeman High School in 1981, Clint worked at the cheese factory in Big Stone City, SD, before moving to the Twin Cities and starting his career in construction. In 1989, Clint and his two children moved back to Ortonville. He started his own roofing business and also worked in his dad's shoe repair shop, where he could fix anything. His kids were his everything, as was his whole family. Family picnics, kids' birthday parties, and really any reason to get together always brought him around with a ton of food and a cooler. We were the lucky ones though, because he was the one with the best deviled egg recipe and the patience to make enough of them for all of us.

Clint married Mary Stolpman on May 2, 1997. Mary taught him all he needed to know about sports, and he cooked and picked wildflower bouquets for her. Clint worked for Hasslen Construction for 23 years, where he excelled in concrete work until he felt he had to leave for health reasons.

An occurring theme in Clint's life was one of commitment. He didn't undertake anything lightly and once he was in, he was in for life. He was a fiercely protective son, brother, father, husband, and friend. He had his own style (it took forever to get him out of bellbottoms) and was determined to be self-sufficient (why buy something when he could make an even better one?).

He lived hard, but he loved harder. He was incredibly sentimental and clung to the memories and the things that made his life worth living, “And so my old friend Grief drops in to say hello. Sometimes he enters through the door of my memory. Sometimes he sneaks up on me. I'll hear a certain song, smell a certain fragrance, or look at a certain picture, and I'll remember how it used to be. Sometimes it brings a smile to my face, sometimes a tear.” There's a reason Clint kept that old newspaper column close by him. The loss of friends cut him deeply, but the loss of his brother, Craig, in 1993 and then Clint, Sr. in 2000 were almost unbearable. However, he found great joy in life as well, being happiest while tinkering on the farm and in true construction worker greatness, building a cat condominium, raising chickens, and putting in a huge garden. Working on, talking about, and dreaming of cars with his dad and brothers made him happy.

He loved camping and going to Duluth, fishing, and going to concerts with Mary. Clint died on Saturday, September 7, 2019, as the result of a single vehicle accident in which he was the lone passenger.

Out of all the words in that old newspaper column, we like to think that these meant the most to him and are ones that can bring us some small comfort in the long days ahead: “Old Grief has also taught me that I can survive even great losses and that although my world is very different after a major loss, it is still my world and life is worth living. He has taught me that when I am willing to be pruned by the losses that come, I can flourish again in season, not in spite of loss, but because of it. My old friend, Grief, has taught me that the loss of a loved one does not mean the loss of love, for love is stronger than separation and longer than the permanence of death.”