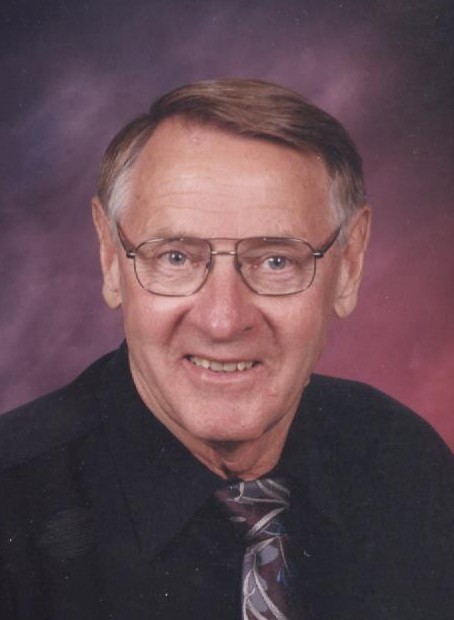 Funeral services will be held on Friday, July 15, 2016, at 1:30 p.m. at Living Word Lutheran Church in Milbank, SD with Rev. Craig Werling officiating. Burial will follow at Mound Cemetery in Ortonville with full military honors. Visitation will be held from 5-7 p.m. on Thursday, July 14, at Mundwiler and Larson Funeral Home in Ortonville with a prayer service at 7:00 p.m. Visitation will continue on Friday for one hour prior to the time of service at the church.

Clifford Harry Redepenning was born on November 25, 1931, on a farm near Albee, SD, to Otto and Lena (Goetsch) Redepenning and lived there for the first nine years of his life. He was baptized on December 20, 1931, at Town Walter Church in Minnesota and confirmed on April 14, 1946 at Zion Lutheran Church in Arena Township near Madison, MN. The family then moved to a farm north of Madison, MN from 1940-1952 and finally to a farm northeast of Odessa. Cliff attended two country schools, grade school at Adams #3 in Grant County, SD and Perry Township in Lac qui Parle County, MN, and graduated from Madison, MN High School. On February 29, 1952, Cliff was drafted into the United States Marine Corps, serving until 1954 when he was honorably discharged at Treasure Island in San Francisco, CA. He was proud to have been involved with and witnessed the testing of a nuclear bomb during his service at the Yucca Flats, Camp Desert Rock, Nevada.

On February 19, 1958, Cliff was united in marriage with Jackie Mueller at First English Lutheran Church in Ortonville. This union was blessed with 58 years of marriage and five children. After marriage, Cliff and Jackie purchased their first home in Ortonville where they lived for a short time before they bought their second and final home on Big Stone Lake in Ortonville.

Clifford was an auto body repairman who owned and operated Cliff's Body Shop in Ortonville for more than forty years. After selling the body shop he worked for Pro Auto until his retirement in 2001. Cliff was a member of Living Word Lutheran Church in Milbank, SD.

Cliff enjoyed living on the lake, spending time outdoors hunting, camping, fishing, and attending the Minnesota State Fair. He enjoyed driving throughout the U.S., including a trip all the way to Alaska. He loved animals and enjoyed having dogs, horses, geckos, raccoons, gophers, and a skunk as pets. Cliff also took pleasure in music and playing the harmonica. Most important to Cliff was his family and he cherished each moment spent with his wife, children, grandchildren, and great-grandchildren.