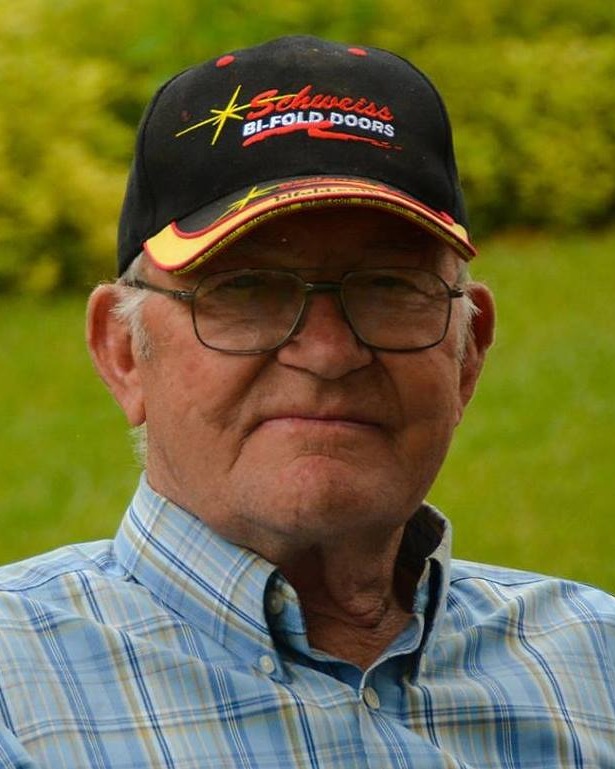 The service will be livesteamed and recorded and viewable below this obituary.

Charles Orloe Lindquist was born on December 26, 1935, in Ortonville, MN. He was the son of Fred Elmer Lindquist and Clara Olene Helgeson Lindquist. Chuck grew up on the family farm north of Ortonville, MN. The family farm was the center of his livelihood, and he lived there for almost his entire life. He moved to Fairway View Neighborhoods in August of 2022 when his health began to deteriorate, and he remained there until he passed away. He was baptized and confirmed at Zion Lutheran Church in Ortonville. Chuck attended country school at District 60 and District 2. He attended and graduated from Ortonville High School.

Chuck worked for four years as a hired hand for Bob Rothi before he returned to the family farm to work with his parents. During those years, many children, both from within and outside of his family, spent a great deal of time on the farm enjoying all the fascinating experiences of rural life with Chuck as their de facto teacher and mentor. He enlisted in the Minnesota Army National Guard and served from 1953 to 1963 rising to the rank of Staff Sergeant (E-6). Chuck was proud of his military service and often shared stories of life at Camp Ripley, MN. He was well known for his innovative and unconventional methods of dealing with farm contingencies that generated innumerable stories over the decades.

Chuck was united in marriage with Sharilyn “Shari” Sievers on May 26, 1984, in Ortonville. Chuck gained an instant family of three teenagers with the marriage. He and Shari made their home on the farm for the rest of their lives.

From 1988-1989, Chuck and Shari hosted a foreign exchange student, Michiel “Theunis” Neethling, from South Africa. They were dedicated foster parents to multiple children in need for 5 years.

Chuck and Shari loved to travel. They were fortunate to visit the United States Air Force Academy multiple times while their son, Kevin, attended college there. They visited seven of the eight different Air Force bases where Kevin was stationed during his 22-year career in the Air Force. They visited their daughter, Kathy, at the University of Minnesota Duluth and son, Ken, at Fort Riley, KS, just prior to his deployment to Saudi Arabia for Operation Desert Storm. They also traveled to Alaska, Hawaii, Germany, The Netherlands, Austria, France, Norway, Finland, and South Africa, and they were proud to claim they had been to the northernmost point of Europe and the southernmost point of Africa.

Over the years, Chuck served as a leader in the community. He served on the Ortonville School Foundation, Big Stone Township Board, and Big Stone Township Variance Board. Chuck was a member of the Gideons since 1997. He was a life-long member of Zion Lutheran Church and served as a member and chairman of the church board for multiple years. Chuck was also involved in many agricultural organizations in various capacities too numerous to list. He and Shari enjoyed square dancing. They had a passion for animals, and they rode horses on many trail rides. They were members of the Whetstone Valley Drill Team. They raised and trained border collies and competed in competition trials in five states. They loved watching their children and grandchildren compete in dog shows, horse shows, and athletics. They were avid bicycle riders, and they rode in The Ride Across Minnesota (T.R.A.M.) multiple times. Chuck and his nephews enjoyed hunting together on the farm and elsewhere for about 40 years.

He was preceded in death by his parents, Fred and Clara; wife, Sharilyn; step-daughter, Kathryn Wiseman; and grandson, Ashley Sutton.

To make donations to Big Stone County Cancer Support Group, please contact Ethel Swenson at 320-305-0825 or golf@wat.midco.net for instructions. You may also mail donations to: