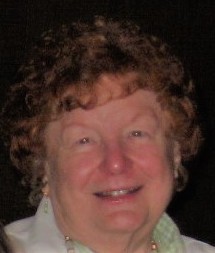 Funeral services will be held on Monday, January 16, 2017, at 2:00 p.m. at Abiding Faith Lutheran Church in Ortonville, Minnesota with Rev. Richard Larson officiating.

Visitation will be held two hours prior to the service at the church. Casket bearers will be Tony Schmidt, Tim Schmidt, Jr., Christian Miller, Randy Lind, Christopher Lind, Kevin Lind, Steve Trnka, and Sean Kilbo. Honorary bearers will be Carol's grandchildren and great-grandchildren. Burial will be in Immanuel Lutheran Cemetery in Odessa, Minnesota.

Carol had a long career both as a Secretary and Legal Secretary. She was a beloved volunteer for many years in the First Baptist Church nursery. Carol loved her outings with her daughters, and loved to visit her son, Kevin, in Norfolk VA when he served in the Navy. Her son Otto helped provide for her care when she could no longer work as a secretary, and she was able to stay in her primary residence until two years ago due to the loving care of family - she was then taken in by her daughter Berghetta, in a tranquil rural setting. Carol will be missed by all of her family.