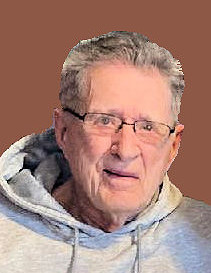 Funeral services will be held on Tuesday, October 25, 2022, at 1:30 p.m. at Trinity Lutheran Church in Odessa. The service will be lived streamed and recorded and viewable below this obituary.

Visitation will be on Monday beginning at 5:00 p.m. followed by a prayer service at 7:00 p.m. at Mundwiler and Larson Funeral Home in Ortonville. Visitation will continue at the church on Tuesday, one hour prior to the service.

Burial will be at Trinity Lutheran Cemetery in Odessa.

Carl and Arlene Lund were united in marriage on August 23, 1953, and to this union six children were born. Carl and Arlene made a lifelong home on their farm near Odessa, MN. Carl was a dairy and grain farmer. He loved his farm and farmed until the age of 90.

Carl and Arlene went on many trips together. They also enjoyed watching the Twins, Timberwolves, and the Vikings. Carl was a member of Trinity Lutheran Church of Odessa, MN, where he served as an elder and usher for many years.

Carl’s family expresses their sincere thanks for sharing their sorrow. Your kindness is deeply appreciated and will always be remembered. Individual thank you cards will not be sent but your sympathy will never be forgotten.