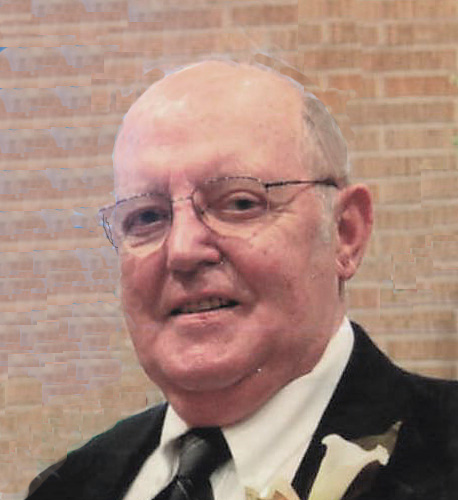 Gary “Butch” Knutson, died on Sunday April 3, at his home in Ortonville.

Gary “Butch” Lee Knutson was born on September 4,1945, in Ortonville, MN, to Joseph and Lillian (Stock) Knutson. Butch was baptized and confirmed at Trinity Lutheran Church in Odessa. The family lived in Odessa and Butch graduated from Odessa High School with the class of 1963.

On August 12, 1966, Butch was united in marriage with Mary Joe Swartz, and they made their home in Ortonville. To this union, they welcomed a daughter, Terri Joe in 1967, and son, Danny Lee in 1969. They were Butch’s pride and joy! He was a hard worker. He worked for Coast-to-Coast Hardware store until 1978, then worked for Saputo Cheese Factory in Big Stone City, as a maintenance man, until retiring in 2009.

Butch was proud of the time he served his country. He served with the 740th Transportation Unit of the National Guard in Milbank, SD, until he retired as an E-6 Staff Sergeant in May of 1988.

Butch was an active member of Zion Lutheran Church in Ortonville, where he was a greeter for Vacation Bible School. He loved to play fast-pitch and slow-pitch softball, and he was inducted into the Big Stone Fast-Pitch Hall of Fame in 1999. Butch also liked to play baseball and basketball.  Butch never turned down the opportunity to play a game of Buck Euchre, Whist, or Runs and Groups with friends and family. He loved to watch his Chicago Bears and rarely missed a game!  Butch took so much pride in his family and enjoyed watching his children, grandchildren, now his great-grandchildren in all of their activities. He especially cherished the time he got to spend playing ball outside with his kiddos.

Butch will be remembered for his witty sense of humor and love for his family. He thought the world of his two granddaughters and four great-grandchildren.