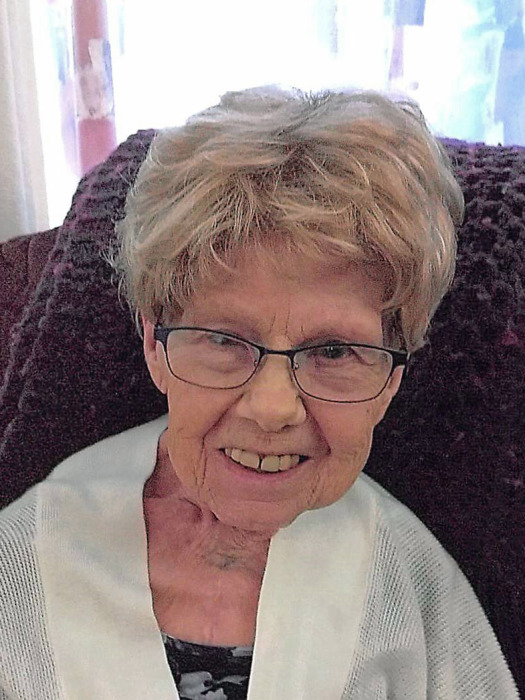 A Mass of Christian Burial will be held on Saturday, January 5, 2019, at 10:30 AM at St. Mary’s Catholic Church in Chokio, MN. Visitation will be held on Friday, January 4, from 5:00 to 7:00 PM at the church and will continue one hour prior to Mass on Saturday. Father John Paul Knopik will celebrate the Mass, and burial will take place in the Graceville Consolidated Cemetery.

Burnys Maude (Armbruster) Koch was born on November 18, 1924, in Taylor Township of Traverse County to Bernard and Georgia Doris (Krevinghaus) Armbruster. She attended District #44 School, a one-room school, in Taylor Township until graduating from the eighth grade. The family moved to a farm near White Rock, SD, in 1940.

After graduating from school, she worked as a domestic. She later worked at Power’s Produce in Wheaton, MN.

She married Peter Joseph Koch, Jr. on September 25, 1945. The ceremony was held in Wheaton, MN, at the Ave Maria Catholic Church and was celebrated by Father Henry Steichen.  The couple lived at Peter Koch Sr.’s former homestead near Dumont, MN, for the first two years of marriage. Then, they purchased their own farm outside of Collis.

Life was packed with things to do from dawn until dusk.  The farm, at various times, had cows, pigs, geese, ducks, a horse, and, of course, many, many chickens. There were clothes to sew, all the baking was done from scratch, gardens to tend, and nine children to raise.

In 1977, the farm was sold, and they moved to Graceville.  Burnys baked in the school cafeteria until she retired.  After the death of her husband, she sold the house and moved to an apartment in Chokio.  There, she continued her hobbies of crocheting, sewing, cooking, and flower gardening.