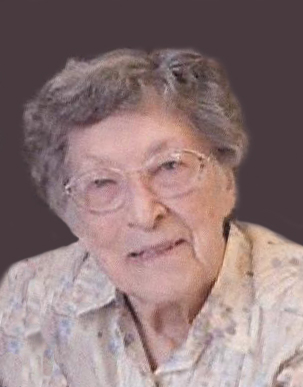 Visitation will be at the church, one hour prior to the service. Pastor Richard Larson will officiate and burial will be at the Clinton City Cemetery.

Beverly Ann (Christians) Peterson was born August 21, 1925, near Milbank, SD. She was the daughter of Elmer and Evelyn (Kosse) Christians. Beverly was baptized and made her first communion at St. Charles Catholic Church in Big Stone City, SD. She attended rural school and also in Big Stone City. Following the death of her father in 1938, the family moved to Milbank, SD. Beverly began working for Alvin and Ester Swenson in Clinton, MN when she was 15.

Beverly was united in marriage with Philip G. Peterson on June 2, 1943, in Clinton, MN. They were blessed with 7 children, 6 girls and 1 boy. Beverly was confirmed into the Elim Lutheran Church in 1944, and has been a faithful member since. Beverly and Philip made their home on a farm southeast of Clinton where they farmed together until 1968. They moved into town and bought Carlson’s Grocery store in Clinton from Roy and Grace Carlson. They sold the store in 1977. Philip and Beverly spent winters in Weslaco, Texas for 16 years. In 2010, Beverly moved to Grace Village and remained there until her death.

Beverly lovingly cared for many children. She was a faithful member of Elim Lutheran Church where she was a Sunday School teacher, served on the Altar Guild, Church Council, and enjoyed singing with the choir. She also read scripture at church services and helped serve communion. She also led a serving group and was a part of the quilting group.

Beverly is preceded in death by her parents; husband, Philip; four sisters; one brother; four brothers-in-law; and great-grandson, Caleb Judovsky.