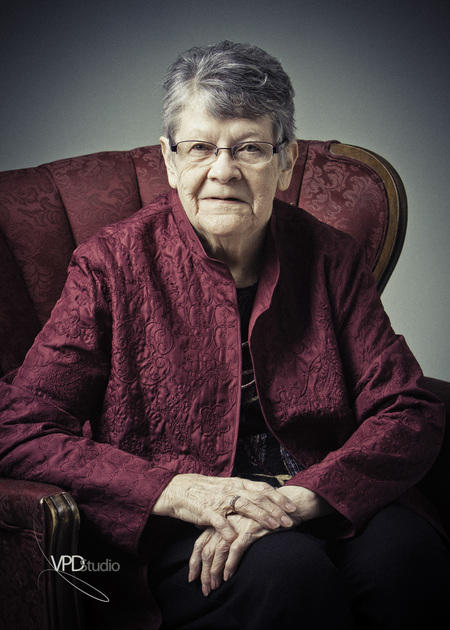 Funeral services will be held on Thursday, January 16, 2014, at 11:00 a.m. at Peace Lutheran Church in Milbank. Rev. Nathan Zastrow will officiate and burial will be in the Milbank City Cemetery.

Visitation will be Wednesday at Mundwiler Funeral Home from 5 – 7 p.m. and continue at the church on Thursday, one hour prior to the service.

Elizabeth (Betty) Louise Heuer was born January 5, 1932, in Milbank, SD. She was the daughter of Thomas and Elizabeth (Wagner) Kelly. She grew up in Milbank. She was united in marriage with John (Jack) Mullen in September of 1950. This union was blessed with six children: John, Steve, Richard, Linda, Marsha, and Joe. The family lived in Denver, CO and returned to Milbank in 1967. Betty was united in marriage with Leslie (Pete) Heuer on May 29, 1970, and the three youngest children were adopted by Pete.

Betty worked as a cook and waitress, working at Lyle's Place for several years. Betty's true calling was that of a mother and homemaker. She was always "there" for her family. She was baptized and confirmed in the Christian faith, and was a faithful member of Peace Evangelical Lutheran Church in Milbank. Her family will remember her wonderful cooking and all the time spent together. She also enjoyed gardening.