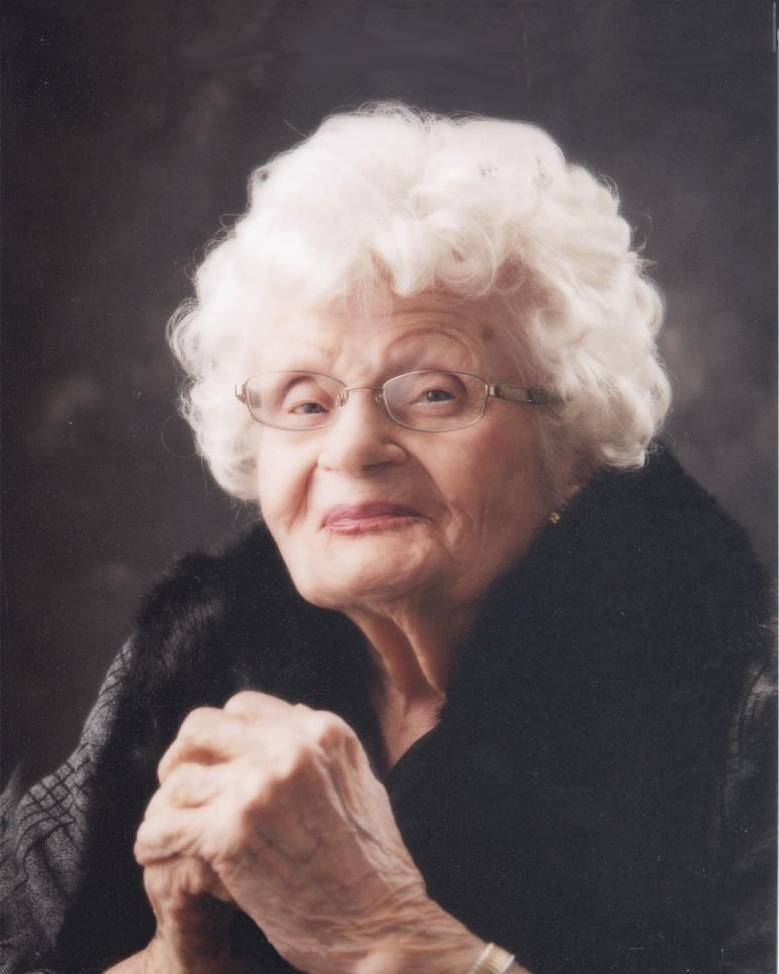 Funeral services will be held on Thursday, February 11, 2016, at 2:00 p.m. at Zion Lutheran Church in Browns Valley with Rev. Paul Warnier officiating. Burial will follow in Valley View Cemetery. Visitation will be held one hour prior to the time of service at the church.

Alvina Martha Grosenick was born on October 19, 1915, in Milbank, SD, to Emil and Wilhelmina (Strege) Angerhofer. She was baptized and confirmed in the Lutheran faith. Alvina attended country school and Milbank High School.

On May 12, 1938, Alvina was united in marriage to Arthur Carl Grosenick in Bellingham, MN. To this union, they were blessed with five children. After marriage, Alvina and Arthur moved to Browns Valley where they owned and operated a tavern called "The Bucket" for several years. They were also a part of the Browns Valley farming community for the greater part of their lives. After Arthur's death in 1988, Alvina remained in Browns Valley and continued living in her home until the age of 93 when she relocated to Glen Oaks Living Center in New London.

Alvina was a member of Zion Lutheran Church in Browns Valley and Redeemer Lutheran Church in Willmar. She had many musical talents and enjoyed playing the piano, violin, and accordion. Alvina was a great cook, known especially for her apple pies. She had a strong faith in God and was devoted to her family, cherishing time spent with her children and grandchildren.

Alvina was a wonderful lady who touched the hearts and lives of her family and friends. She will be greatly missed by all who knew and loved her.