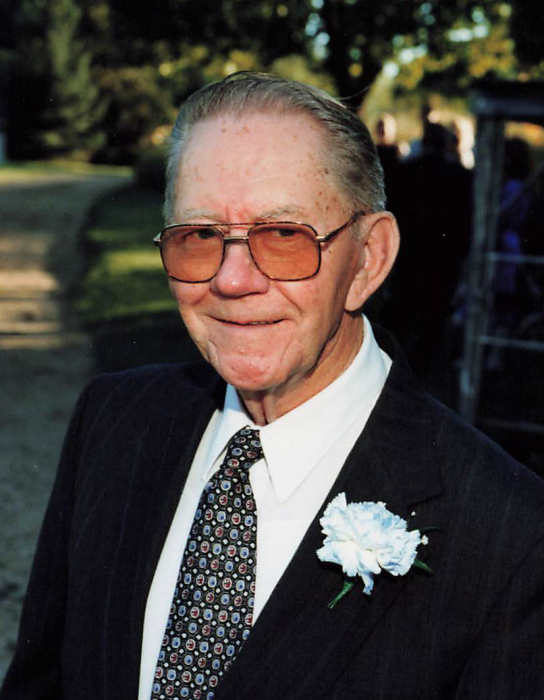 Alvin Hanson, age 97, of Ortonville, formerly of Appleton passed away on November 22, 2021.

A memorial service will be held on Monday, November 29, at 11:00 a.m. at Good Shepherd Lutheran Church in Morris, MN. Visitation will be one hour prior to the service at the church. A private family burial will be held at a later date.

Alvin Elmer Hanson was born on October 6, 1924, in Appleton, MN. He was the son of Austin and Emma (Haugen) Hanson. Alvin grew up and attended school in the rural Appleton area. As a young man, Alvin worked for the Civilian Conservation Corps before enlisting in the United States Army in November of 1945. He served during WWII and was honorably discharged in June of 1947.

Alvin returned to Minnesota. He was united in marriage with Adeline Arndt on July 13, 1947. They made their home on a farm near Correll, MN. They were blessed with four daughters: Margaret, Colleen, Sally, and Anita.

Alvin and Adeline moved to Minnetonka, MN, and Alvin worked as a machinist for Continental Machines in Savage, MN. In 1971, they moved to the original Hanson farm homestead. He was proud to return to the family farm. Adeline passed away in 1995. Alvin farmed and lived there until he was 90 years old. Alvin moved to Ortonville, MN, in 2014, and had recently moved into Fairway View Neighborhoods.

Alvin was a lifetime member of the VFW. He enjoyed fishing and playing cards. He loved to spend time in his vegetable garden, and always enjoyed music. He adored his grandchildren and always had candy for them! He was a member of Good Shepherd Lutheran Church in Morris.