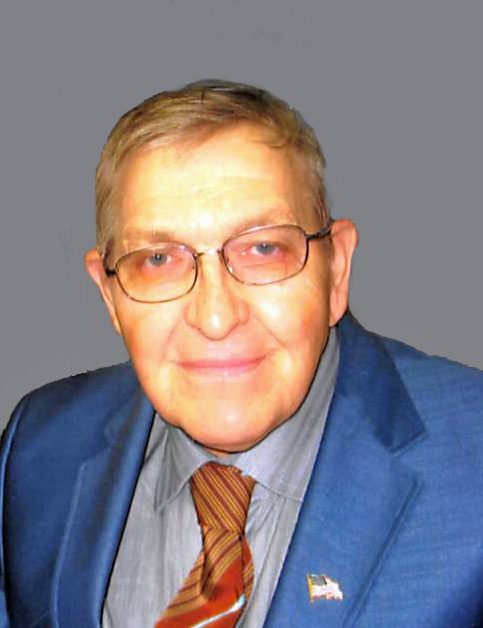 Funeral services will be held on Monday, November 15, 2021, at 2:00 p.m. at First English Lutheran Church in Ortonville, MN. Visitation will be held one hour prior to the service at the church on Monday. Rev. Denise Fossen will officiate the service and burial will be at Greenwood Cemetery in Big Stone City.

Aaron grew up on the farm during the Great Depression. He knew the value of family and friends. When not helping at home, Aaron helped relatives and neighbors however he could, giving of himself when he had little of his own. Aaron also knew the value of hard work and being able to figure out how to fix various things when buying new was not an option. He enjoyed spending time with his parents, three sisters, and extended family and friends. He cared for animals, both pets and livestock.

Aaron attended Grant County country school District #5 and then Big Stone City High School, graduating in 1950. He was drafted into the United States Army in 1951. Aaron trained at Fort Knox, KY, and was sent to Germany to support operations during the Korean Conflict. He was honorably discharged in 1953.

After returning home, Aaron continued farming with his dad. He was later employed at Frigo cheese factory. While working there, he met the woman he would eventually marry. Aaron and Sharon (Dexter) were married on October 7, 1970. They had one daughter, Lori.

Aaron was a Paid-for-Life Member of the Big Stone American Legion. He enjoyed many activities of the post, such as stocking the rearing ponds with fish, appearing in parades, and solemnly serving with the Honor Guard at the funeral services of many members.

Honored to have shared his life are his wife, Sharon; his daughter, Lori; his granddaughter, Kaitlyn; his great-granddaughters: Cassaundra and Elise; his sisters: Arvilla and Janet; his brother-in-law, Alvin; along with many, many nieces, nephews, cousins, and friends.

Preceding him in death were his parents: Denver and Matilda; his sister and brother-in-law: Darlene and Leo Barnhardt; brothers-in-law: Lawrence Bergseth and Russel Athey; sister-in-law, Brenda Dexter; and aunts, uncles, and cousins.