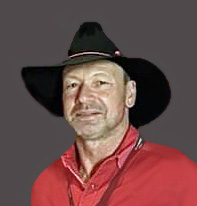 I n lieu of flowers, the family requests a donation be made in Randy's memory to Flat Hills Arena in Ortonville, MN. They also request that you take time out of your day to talk to your friends and check on your neighbors.

Randall "Randy" Joseph Schmieg was born on January 23, 1963, in Ortonville, MN, to Daniel and Eunice (Strei) Schmieg.  They first lived on a farm near Rosen.  Then, they moved the family to Ortonville before finally settling on a farm outside of Big Stone City, SD.  The farm became his forever home, and he shared the yard with his parents until they moved to Fairway View in 2017.  He grew up in an incredibly faith filled Catholic home with sisters: Debbie, Natalie, Cyn, Mary, and brother, Tony.  He was right there to lend a helping hand to his parents anytime they needed anything.

In 1981, he walked up to the James and Marlys Radermacher residence in Milbank, SD, and asked Brenda out.  She was reluctant at first, but he wouldn't take no for an answer.  Finally, he got a date with her and off to Shady Beach they went in Randy's Chevy Nova with a 6 pack of beer in the back seat.

On January 14, 1983, Randy and Brenda were married at the St. John's Catholic Church in Ortonville.  They raised three children: Brandon, Brianna, and Keenan.  They all grew up on the farm near Big Stone, which Randy later named the "Whetstone Ranch".  He was always so proud of his family and his beautiful ranch. When Randy was in his 20s, with help from some of his good friends, he fully restored a 1972 GMC pickup. It was his pride and joy. He took it to many car shows and parades to show off his immaculate work. And got busted from the police a time or two while driving too loud through Big Stone!

Randy was not fond of formal education and couldn't wait to get straight to work.  His first job was at Lou's Greenhouse, from there he went to the Valley Shopper where he was the printing press operator for many years.  Randy also worked for Milbank House Movers and most recently was employed at the Big Stone Power Plant.  He was an extremely hard worker and excelled at any job he did.  He had endless talents, but his greatest gift was his ability to master skills that were all self-taught and done to perfection.  It was a rare occasion he had any down time, but if so, he could be found watching his favorite movie Lonesome Dove or any good 'ol western.  He was a true cowboy.

Randy could build anything from the ground up.  He enjoyed fixing and remodeling projects and was an amazing woodworker.  He could tackle anything from changing a light fixture, to building a fence, breaking horses, or redoing an entire home.  He would be there at the drop of a hat if any one of his children, friends, or family members needed help with anything.

He had such a special bond with both his sons.  Brandon and Randy, along with Jada formed a successful tree service, called Tip Top Tree Service.  They worked from sun up to sun down on their days off from their regular jobs!  In the evenings and weekends, he and Keenan enjoyed caring for their horses and galloping all over the Whetstone Ranch.  He also loved going to rodeos and one of his favorite places to be in the summer on a Tuesday evening was Flat Hills Arena watching barrel racing.  For his birthday this year, his family gifted him VIP tickets to PBR in Sioux Falls this past April, and we all agreed it was the trip of a lifetime and a must do every year! Randy, Brandon, and Craig enjoyed many years of hunting deer together out in western SD in the Cave Hills.  And they truly enjoyed every aspect of the trips - applying for tags, all of the planning, driving out there and camping. It meant so much to all of them. Sometimes they had so much fun, they didn’t even bring any deer home!

His favorite daughter, Brianna held a special place in his heart.  From early on, they shared a love for horses.  He never turned her down anytime she asked for his expert advice or craftsman skills.  They both got such a thrill and satisfaction that came with the before and after of a completed project.  He was always there for his kids, day or night anytime they needed anything.

Brenda - the boss, proudly stood by his side just short of 40 years this January.  It was a competition between them who worked harder.  Their home and ranch have always been pristine and meticulously cared for.  Raising three beautiful children and inheriting a son-in-law and daughter-in-law blessed them with eight precious grandchildren, who are the light of their lives.

Randy took so much pride in staying in shape due to his hard-working habits.  He didn't know what exercise was, just hard work.  The best medicine was always a cold Bud Light or a brandy, a good country song, and all the family gathered around the table.

The loss of his closest friend Mike in June was a devastating obstacle he was struggling to overcome.  Since having Covid in February 2021, he felt his physical, then mental health rapidly decline, which was incredibly difficult for him to navigate.  We ask you to please pray for those suffering from anxiety and depression and offer any help you can.  Watch out for your neighbor, ask if they are okay or need to talk.  Don't forget to rest, enjoy life, and take mental health days to do something you truly love.  It's good for the soul.