At Mundwiler and Larson Funeral Homes, we are honored to have earned the trust and confidence placed in us by those that we serve.

From the time the first phone call is received, throughout the service and beyond, each staff member at our funeral home contributes in an important way. We are very proud of our staff of caregivers who are fully equipped to present all the information needed for you and your family to make informed, comfortable decisions. 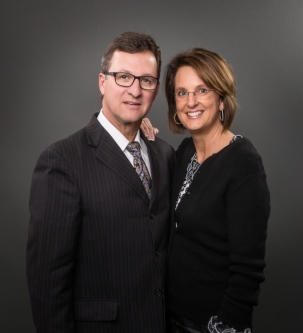 Tim and Tana (Jaeger) Mundwiler graduated from the Cincinnati College of Mortuary Science in 1984. They returned to the family business in Milbank, and represent the third generation of funeral directors in the Mundwiler family. Tim and Tana purchased the Milbank business in 1989, and in 2010, became co-owners of the Larson Funeral Homes in Ortonville, MN; Clinton, MN; Graceville, MN; Browns Valley, MN; as well as Emanuel-Patterson Funeral Home in Milbank.

Tim and Tana have three daughters: Kaylee (and husband Benjamin Arlt), Amber, and Jamie.  They are blessed with one beautiful granddaughter, Caroline Arlt. Tim has been a member of the Milbank Fire Department since 1984, and retired in 2017. He was honored as South Dakota Lions Funeral Director of the Year in 1996. Tana serves as a board member on the Milbank Community Foundation.  They are members of Central United Methodist Church. Tim, Tana, and their girls enjoy horse showing and are proud to claim several World Champion titles. 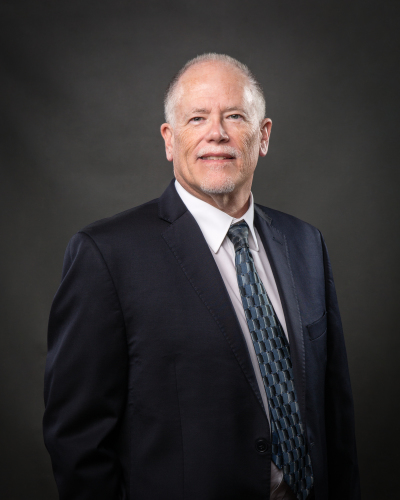 Andrew was born and raised in Milbank where he graduated high school.  He graduated from Augustana College in Sioux Falls, SD with a Bachelor of Science Degree in Biology and Secondary Education, and later graduated from the University of Minnesota Program of Mortuary Science.

Andrew was a Science Teacher in Gillette, Wyoming for several years before returning to school in 2003.  After his graduation from the University of Minnesota, Andrew worked as a Licensed Funeral Director in St. Cloud until 2016.

Andrew and his wife Brenda Handel-Johnson, a piano and voice teacher, and church musician have one daughter, Annaeka, who is a teacher and music librarian in Chicago.

Andrew joined the team at Mundwiler and Larson Funeral Homes in 2017, and has been a wonderful addition to the team.

Andrew is a member of American Lutheran Church, Milbank.  In his personal time, he enjoys hunting and fishing, singing and bluegrass music, baking bread and cooking. 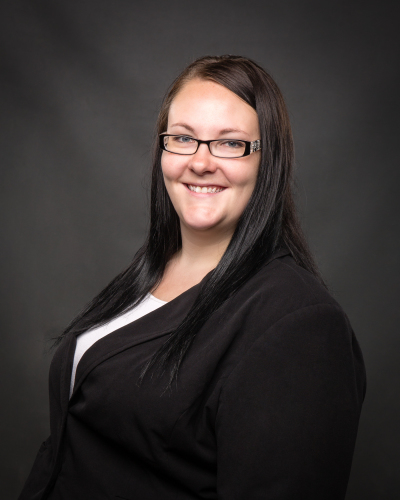 Elizabeth joined the Mundwiler & Larson family in May of 2018.  She and her sense of humor have been warmly welcomed to the team.

She worked as a funeral director in the Montevideo/Dawson area for five years before returning to her roots.  Elizabeth looks forward to actively participating in the Ortonville community and has enjoyed being “back home”.

Outside of her career, Elizabeth enjoys spending time with her family and friends, being outdoors, going on ATV rides on her parents’ farm, reading mystery novels, playing with her two Dachshunds (Tucker and Chipper).  She enjoys a good cup of coffee, and admits she has a guilty pleasure for reality television. Her secret talents include speaking conversational Swedish and singing karaoke. 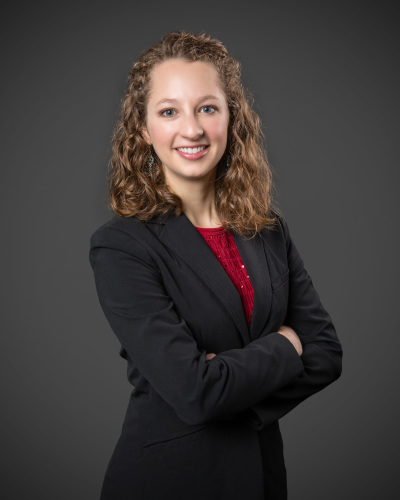 Kaylee (Mundwiler) Arlt is the oldest daughter of Tim and Tana.  She joined the staff in 2017.  Kaylee heads our Preneed Department and helps in the office.

Kaylee is a graduate of Milbank High School, South Dakota State University, and has a B.A. degree in Spanish, a B.A. degree in Global Studies and a Latin American Studies minor.  She has a diploma of Sustainable Food Production from Minnesota State Community and Technical College – Fergus Falls.

Kaylee is married to Benjamin Arlt and is blessed with a daughter, Caroline.  They live north of Milbank on Prairie Drop Farm, raising pastured pork, poultry, beef, and lamb. 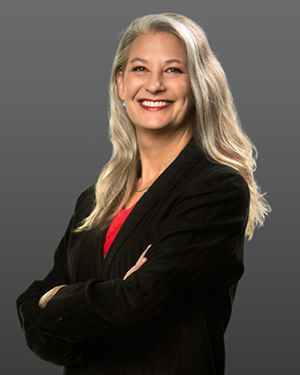 Jenn grew up in the Twin Cities and graduated from Minnetonka High School. Soon after high school, while attending a classical realism art school, she fell into a job at the Guthrie Theater box office. It was there she discovered her love for working with the public and gained the skills and compassion to excel in the field of customer service and office management. After nearly a decade at the Guthrie, she moved to Portland, OR, in an effort to stretch her wings and explore new frontiers. While in Portland, Jenn continued her work in front-of-house management as Audience Services Manager at Portland Center Stage, the largest theater in the city.

Jenn’s connection to Milbank goes all the way back to her great-grandparents—her grandfather and mother both graduated from Milbank High School. So, when it was time to try small-town life, Milbank seemed a natural place to choose. Once again, she packed up her things to start another new adventure with her significant other, Rollie. In her spare time, Jenn is also an artist, most known for her commissioned pet portraits. She enjoys learning new things, and nobody ever knows what her new project might be. Jenn is an amateur chef, a gardener, a mixologist, an artist, an organizer, and a coffee addict. 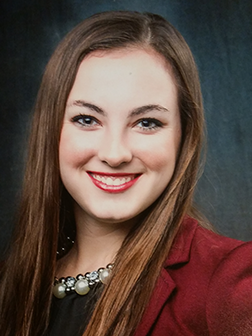 Jamie is the youngest daughter of Tim and Tana Mundwiler and is an invaluable member of our team. She is currently attending South Dakota State University with a political science and pre-mortuary studies focus.  She is an active member of State University Theatre and has performed in several productions.  In her spare time, she works for a funeral home in Brookings, SD.  Her future plans include mortuary school.

When Jamie is in Milbank, she assists with funerals, visitations, arrangements, and is our “gal Friday.” She produces most of the DVD memorial tributes, as she is blessed with great technical skills. Jamie also enjoys singing with her father at prayer services and funerals.

In her personal time, Jamie is an accomplished equestrian, claiming six World Champion titles and nine Reserve World titles with her Palominos, Pete and Toby. 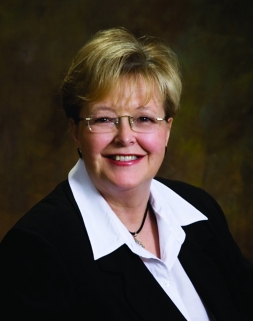 Ileta joined the staff at Larson Funeral Home in 2007, as a Licensed Funeral Director.  Ileta retired in 2014 and continues to help out at the funeral home as needed.

Ileta resides in Clinton, where she grew up. 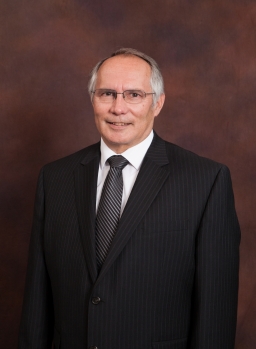 As a graduate of the University of Minnesota, with a Bachelor's Degree in Mortuary Science, Jim is now retired and helps out at the funeral home as needed.

Jim served as the Chief Financial Operator of Ortonville Area Health Services and Appleton Hospital and Nursing Home for 24 years. He worked in Funeral Service in the mid 1980's, and returned to his original career in 2013. Jim and his wife Neva are the proud parents of three children; Nathan, Adrienne, and Allison. They have nine grandchildren as well.

Jim and Neva have lived in Ortonville since 1978 where Jim has served on the City Council, Chamber of Commerce, and as an EMT and ambulance director. Jim and Neva are members of First English Lutheran Church. 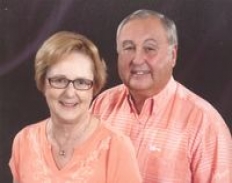 Jerry and Darlene are the parents of Tana Mundwiler. They provide tremendous support for Tim and Tana with their commitment to the family business. Jerry (and his dog, Katie) assist with non-local transports. Darlene assists with visitations, funerals, cleaning, and hospitality. They adore their six grandchildren, and one great-granddaughter. Jerry and Darlene enjoy spending their winters in Texas and love their summers near Big Stone Lake. 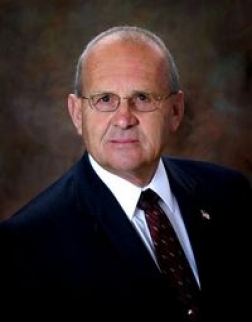 Armand very much enjoys his work and the rewards that working with families in their time of need bring to him.

Armand was born and raised on a grain and dairy farm. He graduated from West Central School of Agriculture in 1957. Following graduation, he joined the Army Reserve of which he served for six years. He continued to farm and dairy while he and his wife, Garnet, raised their two children, Troy and Tracy. In 1999 they moved to Graceville and at the present time, he is the Area Sales Representative for a Seed Company and Garnet works at Star Bank in Graceville.

Their son Troy and his wife, Brenda live in West Fargo and have three children - Katelyn, Nathan and Kristin. Tracy and her husband, Ron, live in Eden Prairie and have two boys - Frederick and Joseph. Armand and Garnet are members of Trinity Evangelical Lutheran Church of Johnson, where Armand has served many years on the Church Council. In their free time they enjoy bowling and golf and spending time with family and friends. 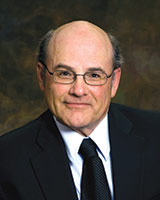 Joe and his wife Debbie have two children - Jason and his wife Shelly of Wheaton and Jennifer and her husband Troy Cronen of Clinton. They also have four grandchildren - Reese and Tyce Cronen, and Drake and Grant Berning. In his personal time, Joe enjoys hunting, fishing, golfing and bowling. 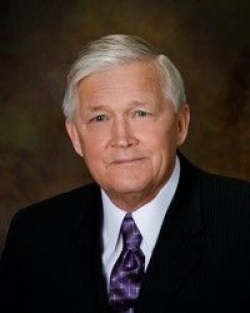 Mike was born in Ortonville and graduated from Ortonville High School. Mike served in the United States Navy and is a Veteran of the Vietnam Conflict. He has been the Commander of the VFW Post 3964 for the past 18 years.

Mike retired from Otter Tail Power Company after thirty-six years of service. He has been on the Ortonville City Council for 20 years and is a member of St. John's Catholic Church.

In his personal time, Mike enjoys spending time with family (including his dog Koko), boating on Big Stone Lake, and hunting. 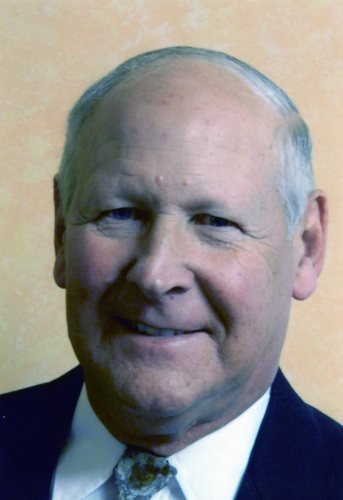 Rick joined the staff in 2017. Rick Schneck was born and raised in Ortonville, Minnesota.  He graduated from Ortonville High School and went on to get a degree in education.  He was one of the first men to teach kindergarten children in Minnesota.  Rick taught in the Clinton/Graceville/Beardsley district for 34 years.  He also sold real estate for over 25 years.  Rick was on the Clinton Fire Department for 21 years.
Rick has been married to Pam Parker for over 40 years.  They are members of Trinity Lutheran Church in Clinton, MN.  Their home is on a little hobby farm near Clinton.  This enabled them to have fun as they watched their children interact with chickens, horses, fancy birds, miniature donkeys, turkeys and many other animals.
One of Rick's favorite pastimes is horses.  He showed horses around the area for many years, but now he enjoys going on trail rides.
The Schnecks have two married daughters, Karissa and Bethany.  Three grandchildren have also arrived over the past few years.
Rick and Pam are grateful for the wonderful people they know in this area.  They feel blessed to live on a quiet little farm in a friendly town and area that is filled with good people.