The History of Mundwiler Funeral Service

The history of the funeral home in Grant County dates back to 1928.

Headlines in the Grant County Review on July 19, 1928, read "New Undertaker Here", as Orrie C. Mundwiler and wife Ruby (Wilkinson) moved to Milbank to succeed Fred Gorde as embalmer and funeral director for the Schoen Furniture and Undertaking Company. Orrie also purchased an interest in the business as a partner with Schoen and Arthur H. Sorenson. The business later was the sole ownership of Orrie and operated as Mundwiler Furniture and Funeral Service.

Orrie's son, Jim, graduated from the University of Minnesota with a degree in Mortuary Science. Purchasing the business in 1952, Jim and wife Dottie (Green) sold the furniture store and devoted all efforts to the funeral home and provided ambulance service. Dottie was among the first women in South Dakota to become a licensed funeral director. In 1953, they moved the funeral home from its main street location to the former Ben Bohn/Saunders residence on South 4th Street. In 1958, they bought Cummins Funeral Service in Wilmot, and were affiliated with Dybevik Funeral Service in Revillo. Extending their services, Mundwiler Faith Chapel in Wilmot was built in 1980. In 1984, Jim and Dottie's son, Tim and wife Tana (Jaeger) graduated from the Cincinnati College of Mortuary Science. They returned to the family business in Milbank right away and represent the third generation of funeral directors in the Mundwiler family. Tim and Tana purchased the business in 1989, and today offer a beautiful horse drawn hearse and team of horses for funeral services.

In July of 2005, the family funeral business moved into their new and modern facility located on East Highway 12 in Milbank. They continue their fine tradition of funeral service and live by their same tradition of "Our Family Serving Your Family."

The History of Emanuel-Patterson Funeral Service

The history of the Emanuel family providing dignified funeral service to Milbank and the surrounding area dates back to 1879.

The Emanuel story begins with founder Edward (E.J.) Emanuel, a cabinet-maker who came to Milbank over 130 years ago. In May 1881 Mr. Emanuel opened a funeral home and a furniture store. Edward appears to have been preoccupied with the number seven, viewing it as a symbol of "good luck" and even went so far as to put a large number seven above the door of his business. As a result, he was affectionately nicknamed "Lucky Seven".

In 1910 William F. "Will" Emanuel purchased the funeral business from his brother, E.J. "Lucky Seven" Emanuel. William owned and operated the business until 1917.

In 1904 E.E. Emanuel came to work for his second cousin, Lucky Seven Emanuel. E.E. was licensed as an embalmer in 1906 and went to work for a funeral home in Madison, SD. He was united in marriage to Elsie LaBay in March 1916. Following their marriage, the couple came to work for Will Emanuel in 1916, and they purchased the business in 1917.

Elsie, also a licensed embalmer, was born north of Madison, SD, on December 18, 1894, to Charles and Alida (Clough) LaBay. She graduated from Washington High School in Sioux Falls, SD, in 1913 and completed her nurse's training at the Madison Hospital, graduating as a Registered Nurse. She received her embalmer's license in 1918 and she and her husband owned and operated Emanuel Funeral Home and Furniture Store. Her husband Ed died on July 1, 1958, the year that the Chapel was added onto the residence at 312 S. Fourth Street in Milbank. She remained active in the business until 1982. Elsie, affectionately known as "Grandma", died on June 28, 1984, after celebrating sixty-seven years of business in Milbank.

James E. "Duke" Emanuel, was born on September 2, 1919, in Milbank. He graduated from Milbank High School in 1937 and from South Dakota State University in Brookings, SD, in 1941 with a degree in agricultural economics. As a Veteran of WWII, Duke served his country as a Captain in the US Army from June 25, 1941, until he was honorably discharged on May 25th, 1946. He served in New Guinea and Luzon in the Philippines. Jim was united in marriage to Marion Dempster on January 12, 1946, in Sioux Falls, SD. He attended mortuary school at Western Reserve University in Cleveland, OH, from 1946-47. He then joined the family business as a partner with his parents.

He was called back into the US Army during the Korean War as an instructor to commissioned officers. Jim was honorably discharged on Dec. 29th, 1952. After his father's death, Jim owned and operated Emanuel Funeral Home, Emanuel Furniture Store, and Emanuel Ambulance, until retiring in 1997. He then sold the furniture and carpet store and ambulance service to his son and daughter-in-law, John and Heidi Emanuel, and the funeral home to his daughter Nancy (Emanuel) Patterson and her husband Norm Patterson.

Nancy (Emanuel) and Norm Patterson returned to Milbank in August 1980 following Norm's graduation from the University of Minnesota Department of Mortuary Science. He apprenticed with his father-in-law, Jim Emanuel, for one year, took his South Dakota licensing test, and was licensed in 1981. Nancy was Norm's right-hand person. The couple worked together with families in need for nearly thirty years.

In 2010, Norm and Nancy retired and sold the funeral home. The Mundwiler family and staff continue to operate the funeral home with the same commitment to quality that has been the trademark of the firm for four generations.

The History of Mundwiler and Larson Funeral Home – Ortonville

The 1899 Plat Book of Big Stone County traces funeral service back to the early settlers. The Plat Book lists “Undertaking a Specialty” for Ross & Benson of Clinton and H.L. Zwiener of Odessa. Directly south of Odessa Lived Leopold Brueche, a farmer and excellent cabinetmaker, who made caskets for the early settlers. He made them of butternut and pine, polished the butternut and painted the pine black, and finished them with silver handles. He glued the wood together. Mrs. Brueche lined and cushioned the caskets.

The origins of Larson Funeral Home providing funeral service to the community of Ortonville, and surrounding area, can be traced back to 1889, and the Schoen Funeral Home, which was established by Nels Schoen, operator of the Schoen Furniture Store.

The old records indicated that the first casket was sold in Ortonville in 1884 for $15. Nels Schoen opened a furniture store with a small stock of furniture in 1883. In 1896, he took his son Martin as a partner and changed the name to N. Schoen & Son Company. They built a three-story brick building in 1909 at the corner of Second Street and Monroe Avenue and advertised the third largest store in the state, with a mortuary as part of the business. Martin sold out the furniture in November 1918, and M.M. Johnson located in the building. After fire destroyed the building on January 19, 1922, Martin rebuilt on the same lot.

Schoen-Swenson went into business in February 1922, when Dr. E.N. Schoen and S.J. Swenson put in a small stock of furniture in Dr. Schoen’s veterinary clinic until the brick building was ready. After S.J. Swenson’s death in 1937, E.N. Schoen became proprietor of Schoen’s Furniture Store and mortuary. L.H. Thompson, mortician, bought an interest in the business after Dr. Schoen’s death on December 5, 1944.

The building on the corner of Washington and Second Street was purchased and remodeled into a mortuary, with an apartment remaining on the second floor. The new funeral home opened in 1946. Lieutenant Commander Warren E. Schoen returned from the navy and assumed an interest in the business. In the late 1950’s, Warren Schoen, Lilly Schoen (Warren’s mother) , and L.H. Thompson formed Schoen’s, Inc.

The present funeral home building has been in operation since 1946. In 1993, renovations of the interior and exterior of the building were completed. In 1986, Mr. Larson partnered with the Vertin Family, while remaining as the funeral director. Tom Vertin, a third generation funeral director, operates funeral homes from his hometown of Breckenridge, Minnesota. This cooperative venture was aimed at lightening Paul’s load as well as providing Larson Funeral Home with additional tools to continue serving the area communities well into the future.

While working together, the staff at Larson Funeral Home has continued the caring, professional service that you and your family have come to expect…a caring tradition they are proud to continue.

The History of Mundwiler and Larson Funeral Home - Graceville

Yaeger-Preston Mortuary, which for many years was located on Browns Valley’s main street, about in the location of the Hardware Hank Store today. When they decided to close, Mr. Thomas Beaulieu (1878-1946) and his nephew, Eugene Beaulieu (1885-1946), became morticians and opened a combined hardware, Furniture, and Funeral Home in Graceville in 1902. They built a new brick building in 1916.

The Beaulieu Family later began a funeral home in a house where the Community Clinic is now located. Years later they purchased the Guerts house where the present funeral home is. In 1930, Eugene and his wife Marie moved to Browns Valley to operate the funeral home. After Thomas Beaulieu’s son, Thomas, completed his education at the University of Minnesota, he joined his father and uncle and together they operated both the Graceville and Browns Valley Funeral Homes. Tom and his wife Fran eventually acquired both funeral homes and continued the operation until October 1, 1980, when Paul Larson purchased the Beaulieu Funeral Homes and did extensive remodeling in both. In 1986 Mr. Larson sold the funeral homes to the Vertin Family, along with the Ortonville location. A new funeral home facility was opened in Browns Valley in the summer of 2004.

The History of Mundwiler and Larson Funeral Home - Clinton

Furniture and hardware stores seemed a natural place for undertakers. Ross and Benson of Clinton advertised in 1899 that they specialized in undertaking. Ross continued the mortuary in the hardware store until Carlton and Anne Moberg purchased the funeral business from them in 1953. Paul Larson later purchased the funeral home and operated it until partnering with the Vertin Family in 1986, and with the Mundwiler family in 2010. 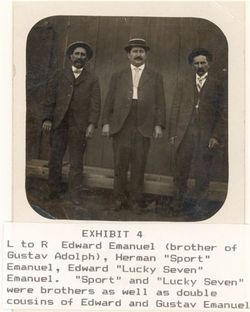 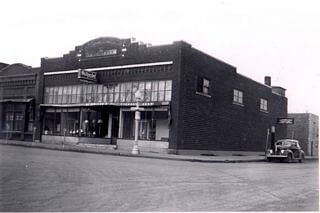 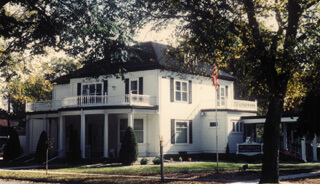